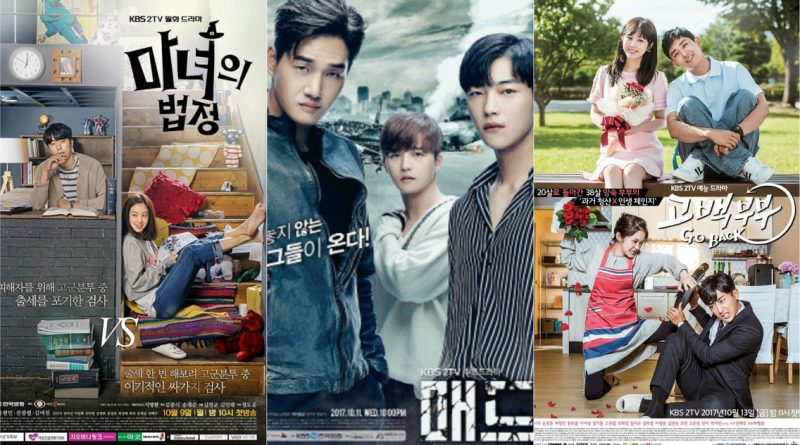 The first drama to be aired is the monster drama ‘Witch’s Court’. On the October 9th, the drama ‘Witch’s Court’ tells the prosecutor Ma Yi Deum (Jung Ryeo Won) who handles the case of a boss’s sexual harassment submitted to the women crime department as well as the prosecutor Yeo Jin Wook (Yoon Hyun Min) who chose to become a prosecutor not a doctor and is investigating a crime case. The first episode of this drama immediately received a good response from the viewers.

This good reaction instantly improves the viewer’s rating. ‘Witch’s Court’ got a 6% rating on the first episode and rose to 9.5% for episode 2. The beginning of KBS dramas has shown good results.

The drama ‘Go Back Couple’ premiered on October 13th.

The drama ‘Go Back Couple’ has a fun entertainment genre that tells of a 38-year-old couple announcing a divorce turning back to age 20 in 1999.

Thus, KBS dramas have received a warm welcome since the first episode aired. Will KBS regain its pride through its latest drama after previously getting a bad rating? The power of KBS drama is changed through the dramas ‘Witch’s Court’, Mad Dog ‘, and’ Go Back Couple ‘.