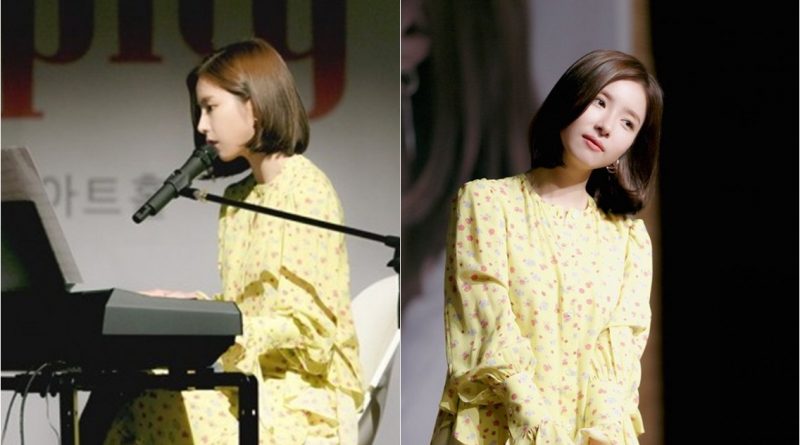 Shin Se Kyung appeared on stage shyly, but still greeted her fans with a smile. Photos and videos of her childhood and everyday life were revealed, she communicated with her fans. She also surprised fans with dancing abilities that was never shown anywhere with special requests.

In a talk segment, she continued to have conversations with fans at the time, enthusiastic about the questions she got. In addition, Shin Se Kyung prepared an exciting reward for fans, she approached the fans with her hands, hugs, and records the morning call. Many were impressed with her exceptional service fan.

Afterwards, Shin Se Kyung returned to the stage after leaving her for a while, she played the piano and played ‘I’m In Love’ in earnest. The appropriate piano and song she had prepared for a long time made the concert feel alive.

The power of Shin Se Kyung’s fans did not stop there. Shin Se Kyung took time for photos and high touch to connect more deeply with her fans. After the fan meeting, she distributed 200 cakes she made in the middle of a packed schedule for fans and inserted a photo card.