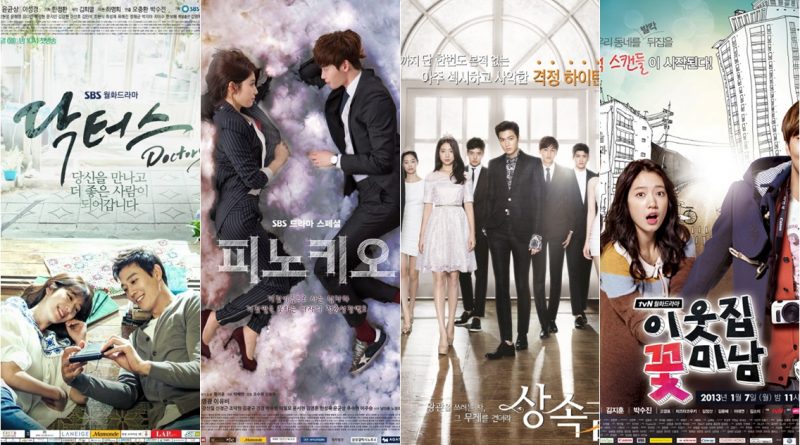 Park Shin Hye was born on February 18, 1990 in Kwangju, South Korea. She was first known as a child actress. She started her career in the entertainment world through drama ‘Stairway to Heaven’ in 200. Later her career grew and she continues to star in box office dramas. Park Shin Hye is also active in the field of modeling and singing. In addition, she can play keyboard and guitar. Many Korean drama titles and movies make her career even more brilliant.

“Doctors” starred Korean actress Park Shin Hye. As the title suggests, “Doctors” tells about the profession of a doctor in a hospital. In this series, Park Shin Hye co-acted with actor Kim Rae Won who plays the role of Hye Jung’s teacher. “Doctors” is a drama of reality in the relationship between physician and patient and social prejudice of educational background and origin. It tells about Yoo Hye Jung (Park Shin Hye), a very stubborn student at her school who often annoys other students. She has many injuries from her past. Therefore, Hye Jung always closes her heart to others. But, she changes after meeting his teacher, Hong Ji Hong (Kim Rae Won) who plays an important role in transforming her life from a helpless thug into a loving doctor. Both are in love making the story filled with twists and problems. In addition to Park Shin Hye and Kim Rae Won, the drama also starred Yoon Kyun Sang and Lee Sung Kyung.

The drama aired in 2014 on the SBS channel. Starring top stars, Lee Jong Suk, Park Shin Hye, Yoon Kyun Sang, Kim Young Kwang, and many more. This drama has the theme of love, family, and dreams. ‘Pinocchio’ tells the story of journalists at a broadcasting company who are looking for facts to reveal cases. Choi Dal Po (Lee Jong Suk) became a journalist to reveal the truth of his family’s case in childhood. Choi In Ha (Park Shin Hye) becomes a journalist following in the footsteps of her mother, but she has the ‘pinocchio’ syndrome, that is, if she lies she will hiccup hard. Lee Jong Suk plays the role of Choi Dal Po whose real name is Ki Ha Myeong, a very intelligent child from childhood but in order to cover his true identity, he prefers to pretend stupid and looks innocent. While Park Shin Hye role as Choi In Ha who upholds the sense of justice and never gives up.

The drama that aired in 2013 creates its own syndrome. This is because of top stars that appear in this drama. Although the main cast is Lee Min Ho and Park Shin Hye, the other casts are also amazing. ‘The Heirs’ is a romantic drama that tells about elite high school students who are prepared to take over their family business. The 20-episode drama captured the audience’s attention with the twists and turns of love stories among the students. This drama gained more attention because the main actor is Lee Min Ho and the female lead is Park Shin Hye. Kim Tan (Lee Min Ho) is the heir to a big conglomerate company who was sent to America, but apparently, it is a form of exile for him. When in America he meets Cha Eun Sang (Park Shin Hye) who came from Korea to find her sister who claimed to need money for her marriage. The meeting between Kim Tan with Cha Eun Sang in America is added to a romantic story that makes the audience jealous to see it. After that, the two returned to Korea and began their journey of love full of twists and turns. The drama starred Kim Woo Bin, Kim Ji Won, Kang Haneul, Krystal, and Kang Min Hyuk.

‘Flower Boy Next Door’ tells the story of a woman named Ko Do Mi (Park Shin Hye) who hardly ever gets out of her apartment. One day her calm life begins to change after a handsome neighbor, named Enrique Keum (Yoon Si Yoon) appears in front of her apartment. They both treated each other’s heart wounds and eventually fell in love. The story not only focuses on Ko Do Mi and Enrique, there are other sweet couples, namely Kim Ji Hoon and Park Soo Jin, and Ko Gyoung Pyo and Kim Seul Gi. This drama is very light and suitable to watch by lovers of romantic-comedy drama. ‘Flower Boy Next Door’ also features a man with a handsome visual.