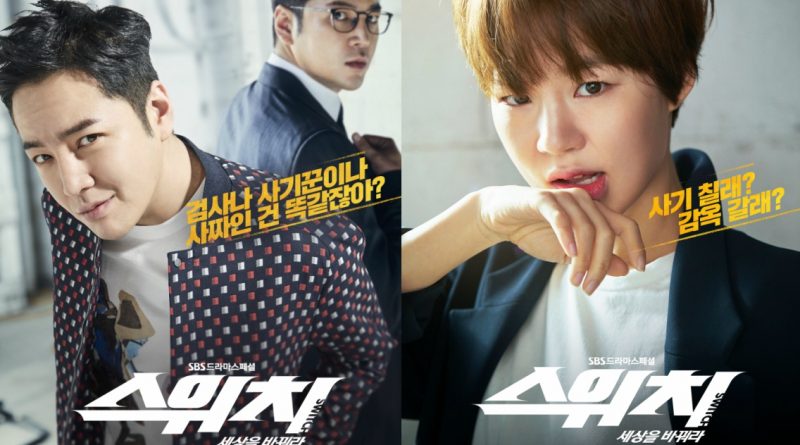 The posters of the so called ‘Sadohara’ couple of Jang Geun Suk and Han Ye Ri has been revealed.

Jang Geun Suk who has an amazing appearance and intelligent that currently preparing for the civil exam in SBS’s newest drama ‘Switch:Change the world’ that will air on 28th of Mart 2018, but he has yet become a genius prosecutor.

Meanwhile Han Ye Ri appearance made a big splash when the production team of this drama released the posters of each characters with its charms. First, Jang Geun Suk who play the role of Baek Joon Soo showed a clear image of his charisma but his face showed a combination of friendly and slightly comedic sense.

In the poster, Han Ye Ri showed her fierce looking face while wiping the corner of her mouth with her palm, though she doesn’t lose her smile. “Are you going to lie? Or are you going to jail” the thick tone of expression from Oh Ha Ra showed a strong and passionate feeling from the prosecutor named Oh Ha Ra.

In the poster of ‘Sadohara’ both Jang Geun Suk and Han Ye Ri successfully gained a lot of attention through their different colors of characters. In the drama, the two genius and prosecutors will met and create something different.

Meanwhile drama ‘Switch’ is expected to take the viewers on its rollercoaster ride with the collaboration between the two talented actors.

March 6, 2018 Ria Comments Off on 5 Korean Celebrities Who Become CEOs and Build Their Own Agency
BEAUTY Rank&Talk