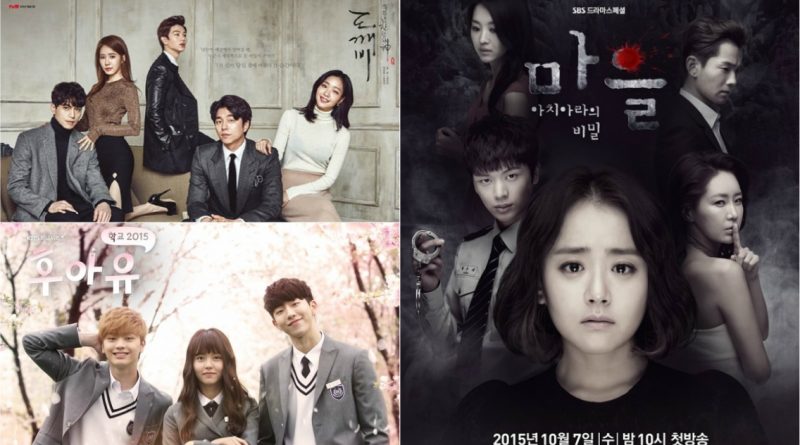 Yook Sung Jae debuted in the entertainment industry along with boy group BTOB. Not only is good at singing and dancing, Sung Jae also shows a great ability in acting field. There are so many famous dramas played by him which became hits in Korea and abroad. Here are 3 famous dramas starring Yook Sung Jae.

In the drama tvN’s ‘Goblin’ Yook Sung Jae plays the nephew of Goblin named Yoo Duk Hwa. In addition to him, the drama ‘Goblin’ starred Kim Shin (Gong Yoo), Ji Eun Tak (Kim Go Eun), Grim Reapper (Lee Dong Wook), Sunny (Yoo In Na), and others. Yook Sung Jae plays a thirteenth generation conglomerate named Yoo Duk Hwa. He shows a different new face through his role as a ‘Goblin Servant’ who helps and serves the goblin. This drama tells of Kim Shin who is looking for his bride in the world, and the bride is Ji Eun Tak.

In the SBS drama ‘The Village: Achiara’s Secret’ Yook Sung Jae acts as a policeman named Park Woo Jae. The drama is also played by Han So Yoon (Moon Geun Young), Seo Gi Hyun (On Joo Wan), and others. ‘The Village: Achiara’s Secret’ is set in Achiara village which is a small and peaceful village with no crime cases. This drama tells of a day when So Yoon arrives at Achiara. She teaches English at a local school. On the first day of teaching at her workplace, she found a buried corpse. So Yoon and Police Officer Woo Jae try to uncover the truth. Because they are trying to uncover the truth, the ugly truths about the village are revealed.

In the KBS drama ‘Who Are You: School 2015’ Yool Sung Jae plays Kong Tae Gwang, a high school student. The drama is also played by Lee Eun Bi and Ko Eun Byeol (Kim So Hyun), Ha Yi An (Nam Joo Hyuk), and others. The drama tells of Eun Byeoul a popular student in a runaway private high school. But who would have thought if she has twin sister named Eun Bi who replaced her during her absence at school. Eun Byul is contested by Kong Tae Gwang and Ha Yi An. Until the truth was revealed that the person who they are with all this time is not Eun Byeol but Eun Bi.

August 25, 2017 Ria Comments Off on SNSD Celebrates Their 10th Anniversary With Fans