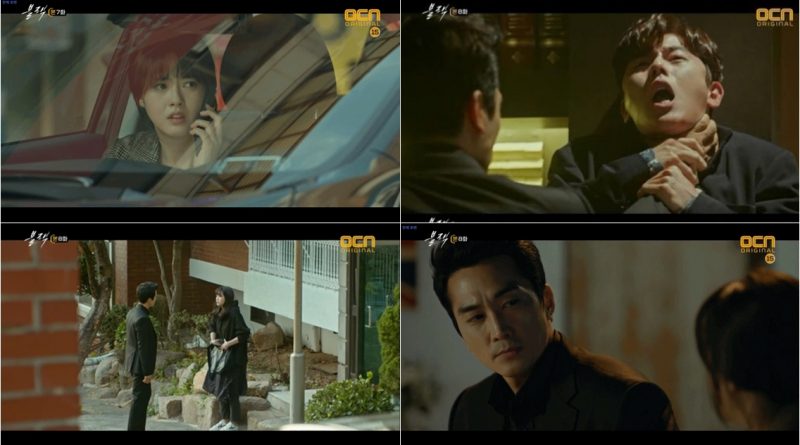 On the 5th, in Saturday-Sunday drama OCN ‘Black’ episode 8 presented Oh Man Soo’s strongest scandal. There was an unreasonable case when Woo Byung Sik’s death was claimed as suicide and the truth around him was buried. The scandalous victim, Tiffany tried to prove her innocence with the death of her little daughter. As an angel of death, Black did not want to interfere with human affairs. Black looked for Man Soo and got angry.

The truth may be that Woo Sik is still alive. However, Chen, who was ordered by someone to kill Woo Byung Sik and make it as suicide. the death of Woo Byung Sik, all the scandals of Man Soo and Tiffany leak, before he can approach people. The press is covered by Chaebol’s second generation scandal, Kang Ha Ram (Go Ah Ra) predicts Tiffany’s death with her daughter, and to prevent that happening she persuaded Man Soo. Man Soo will lose his memory if he is drunk and has to keep his mouth shut for having done a good job.

He did not know about his own father’s death, “No!” he shouted. Afterwards, Black felt confused. “I feel like having bad feelings that a human might have”, he asked to keep Tiffany and her son and went with Ha Ram. As expected, Ha Ram saw Tiffany getting closer to death, but the image grabbed her body. “Everyone is dead. It does not make sense to prevent it all this time”, she said while heading back home.

But finally, Black was back in between Tiffany and his daughter. The only place left was filled with the sound of an ambulance, Black who turned cold to look for Man Soo said, “Because of you two, lives are gone. Submit yourself to the police station. I have to let go” in great anger. Black was very cold and angry looking at human death. Black choked Man Soo’s throat, the death angles wandered around Man Soo and the ending was creepy.