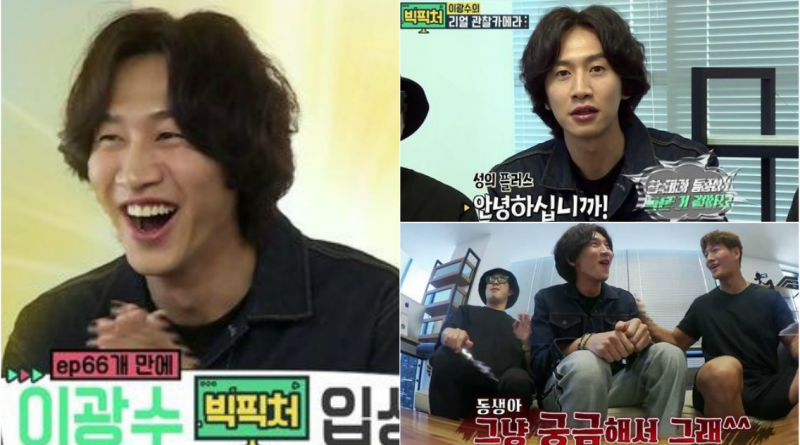 There is a star who always gets praised by his co-workers. It is Lee Kwang Soo. Haha and Kim Jong Kook showed special affection to Lee Kwang Soo and invited him to the ‘Big Picture’.

Lee Kwang Soo appeared on Big Picture, which was released via Naver TV and V Live on the 6th. Haha and Kim Jong Kook pretending to be his housemaids and have Lee Kwang Soo’s hidden camera.

Kim Jong Kook said, “Lee Kwang Soo is a very nice person when I see him as a real person, I want to show everyone the real side of him when there is no real camera.”

In addition, Haha and Kim Jong Kook always emphasize his personality by saying, “Lee Kwang Soo seems to be showing a positive image.”

Like this, Lee Kang Soo is actually known to be pure and warm. He has never been involved in a bad case, an accident, and continues to do good things.

Lee Kwang Soo shows his politeness by saying, “My viewers, I should be out early, but I’m late” on the first Big Picture.