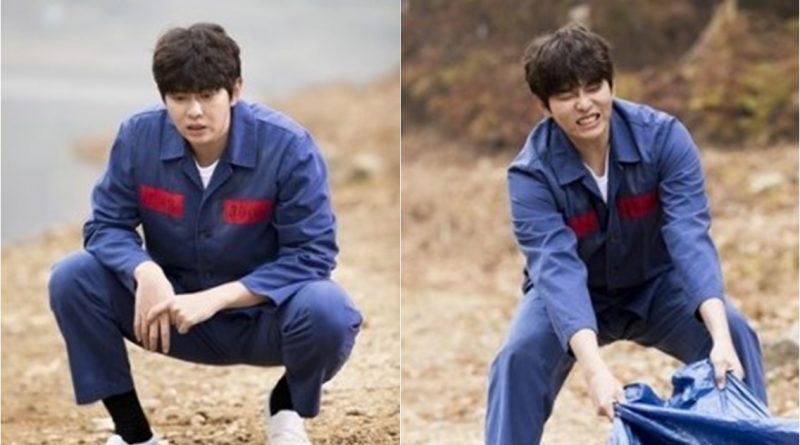 SBS new Monday-Tuesday drama ‘Doubtful Victory’ which will premiere on November 27th is a drama that tells of a detective disguised as a criminal and prison inmate to fight a hidden enemy. Yoon Kyun Sang acts as Oh Il Seung, an undercover detective. This character is predicted to be a new and unique character after Hong Gil Dong in the drama ‘Rebel’.

Yoon Kyun Sang plays the role of Oh Il Seung, a mysterious detective in ‘Doubtful Victory’. He was accused of murder and became the youngest prisoner and after 10 years, he came out of prison. Then he became a detective. Being a fake detective, he continues his double life to hide his true identity.

SBS’s new drama ‘Doubtful Victory’ is directed by director Shin Kyung Soo who has produced works such as ‘Deep Rooted Tree’ and ‘Six Flying Dragon’ and written by Lee Hyun Joo who also wrote ‘School 2013’ and ‘Pride and Prejudice’. This drama will air on the 27th replacing ‘Temperature of Love’.