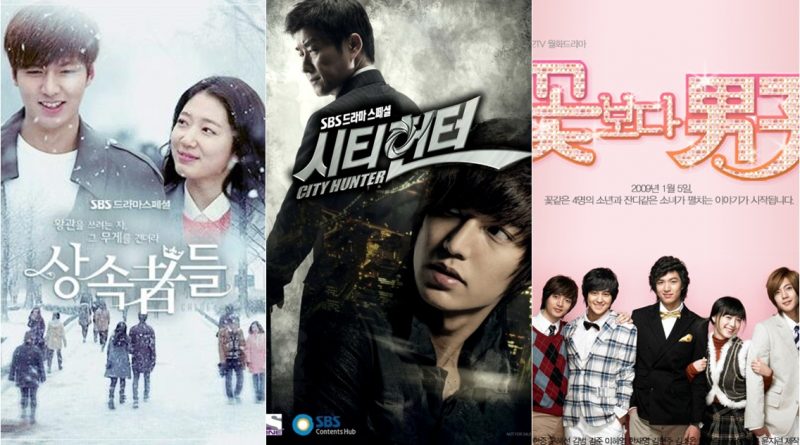 Lee Min Ho was born in South Korea (Seoul) on June 22, 1987. Since childhood, Lee Min Ho wanted to become a soccer player but because of an incident he had to bury his dream. When in high school he changed his dream from a professional football player to an actor. That’s why Lee Min Ho joined the star entertainment agency and followed various castings to achieve his dreams. In 2003, Lee Min Ho got the role of a student. His acting career climbed when he played the character of Goo Joon Pyo in a popular drama series in Korea entitled: Boys Over Flowers. Apparently, the success of the drama he starred in did not stop there, Lee Min Ho also successfully starred in ‘Personal Taste’ in 2010, ‘City Hunter’ in 2011, and ‘The Heirs’ in 2013.

The drama consisting of 20 episodes that aired on SBS is an action genre drama which still features a romantic story. This drama is a drama adapted from a Japanese manga series. In this drama, Lee Min Ho plays Lee Yun Seong and Park Min Young plays the role of Kim Na Na. Not only Lee Min Ho and Park Min Young starred in this drama, but handsome actor Lee Joon Hyuk, beautiful actress Hwang Sun Hee, Goo Ha Ra, Lee Kwang Soo and others also appeared in the drama. ‘City Hunter’ tells about Lee Yoon Sung (Lee Min Ho) who is very talented. Yoon Sung is ambitious for a vengeance against five political people who have caused his father die when Yoon Sung was still young. Yoon Sung also works at Blue Hose and becomes an IT expert. While working there he met a woman named Kim Na na (Park Min Young) who also joined in his revenge because they both have the same goal.

Boys Over Flower, also known as Boys Before Flower is a KBS drama that aired in 2009. The drama is adapted from a comic and tells the story of an ordinary girl named Geun Jan Di (Goo Hye Sun) who goes to a school of wealthy people at ‘Shinhwa High School’. At the school, there is a group of the most powerful wealthy man called F4. Unlike the other children who are afraid of the existence of F4, Geum Jan Di dares to fight against F4. Gu Jun Pyo (Lee Min Ho), one of the F4 members suddenly falls in love with Geum Jan Di because he feels Geum Jan Di is different from other women.

May 5, 2018 Ria Comments Off on 4 Korean Dramas Adapted from Japanese Works
Rank&Talk STAR