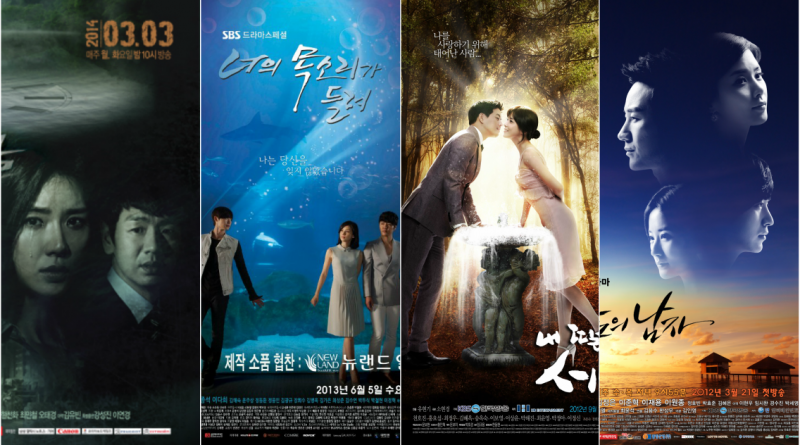 Lee Bo Young is a popular South Korean actress. She was born on January 12, 1979. She won Miss Korea beauty contest in 2000. She started her career in 2002 and made her acting debut in the television drama ‘People of the Water Flower Village’ in 2004. She is best known for starring in the television drama ‘My Daughter Seo Young’ (2012), ‘I Can Hear Your Voice’ (2013) and ‘Whisper’ (2017). Lee Bo Young got married to actor Ji Sung and held one of the most celebrated celebrity’s wedding in 2013.

Kim Soo Hyun (Lee Bo Young) is a mother of little daughter Han Saet Byul (Kim Yoo Bin) who was kidnapped and killed. When discovering the magical ability to return in exactly two weeks before the event, Soo Hyun is determined to solve the kidnapping case and save her daughter before she dies again. She investigates the case with Ki Dong Chan (Jo Seung Woo), a former policeman who became a private detective to prove his brother who suffered from an innocent mental deficiency, after being accused of killing Dong Chan’s ex-girlfriend. Soo Hyun and Dong Chan race against the time given for 14 days, the latest info has been devoted to crime, and they find a much more dangerous secret.

‘I Can Hear Your Voice’ starred Lee Bo Young and Lee Jong Suk and Yoon Sang Hyun and Lee Da Hee. The drama is about Lee Bo Young who plays the character of a pragmatic, beautiful lawyer Jang Hye Sung. She has a dark past associated with Park Soo Ha (Lee Jong Suk), a high school student who has the superpower to read people’s minds. It also tells of a smart and funny lawyer, Cha Gwan Woo (Yoon Sang Hyun) who is a former police officer. The three of them will often deal with various exciting and interesting legal cases.

Lee Seo Young (played by Lee Bo Young) is a senior in college majoring in law. One day, she gets a call that her mother is critical. Her parents live on Jeju Island. She made it to Jeju Island where her parents live with a motorcycle owned by someone else. The owner of the bike, Woo Jae (Lee Sang Yoon), tries to chase her but fails to do so. Knowing her father, Sam Jae (Cheon Ho Jin) likes to gamble and has debt, she finally paid it and quit college. She eventually teaches as a personal tutor for Sung Jae (Lee Jung Shin), where on the first day she works, she meets up with Woo Jae who turns out to be the older brother of Sung Jae.

One of the leading students and a cheerful troublemaker, Jang Il (Siwan) and Sun Woo (Lee Hyun Woo) become unlikely friends in high school, both are poor but proud of their own way. Their father both had a relationship with a powerful businessman who ordered Jang Il’s father to kill Sun Woo’s father. One despair crime produced another, and the boy’s friendship failed in a surprising betrayal. The attack caused Sun Woo to be blind and in a coma. Thirteen years later, their destiny will come to the head when they meet again as adults. Jang Il (Lee Joon Hyuk) has become a prosecutor haunted by his past, while Sun Woo (Uhm Tae Woong), CEO of Royal Tree’s new investment trust firm, is planning his revenge. Their fate is intertwined with their beloved woman Ji Won (Lee Bo Young), a volunteer reader for blind people now working as a VIP party planner in a five-star hotel, and Soo Mi (Im Jung Eun), a painter who likes hyper-realism. As Jang Il and Sun Woo want to destroy each other, the truth within a fraudulent circle of fraud and vengeance when the evil and secrets of the past will be revealed.