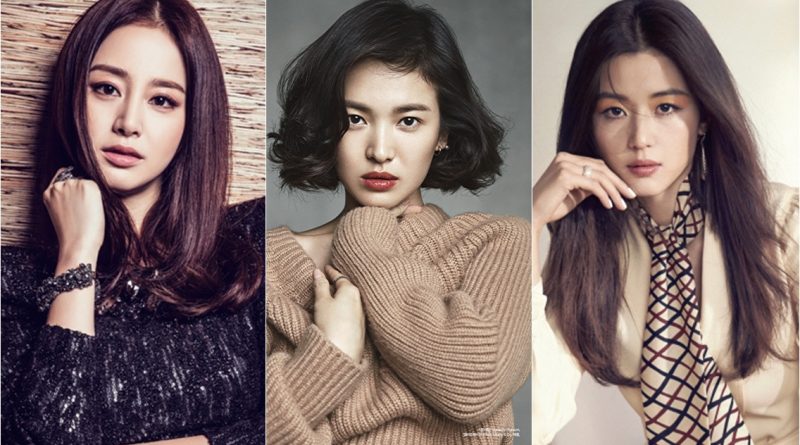 Tae Hye Ji is a famous abbreviation for beautiful actresses Kim Tae Hee, Song Hye Kyo, and Jun Ji Hyun. Now they have become a wife and mother. They celebrate the second half of their lives as an actress.

‘Mother’ Kim Tae Hee: Kim Tae Hee and Rain have been dating for 5 years. On October 25th both have just become parents. That day, Rain uploaded a photo on Instagram and wrote a caption,”Thank you, my beautiful little daughter. May you be helpful to this world.”

No need to worry about the visual of Kim Tae Hee’s daughter. “If her daughter resembles her mother she must be beautiful” many joked around and congratulated her. People expect her daughter’s eyes will be as beautiful as her mother’s.

‘Song Joong Ki s Wife’ Song Hye Kyo: last year Song Hye Kyo got great attention. She celebrates her 20th-year debut and won numerous awards. Plus she has a lover. The lucky man is Song Joong Ki. Both became close through KBS drama ‘Descendant of the Sun’ and got married at the end of October. Both became a topic of conversation as an Asian star.

Currently, Song Hye Kyo and Song Joong Ki are enjoying their honeymoon in Spain. On a cold day, the two were reportedly holding hands. Fans hoping to hear the latest news about Song Song Couple.

The drama ended in January this year. When Jun Ji Hyun looks busy, in June she announced a second child’s pregnancy. Her pregnancy was already 10 weeks old and now she is in the eighth month. The baby is expected to be born in January next year. People wish that she will get a beautiful daughter like her mother.