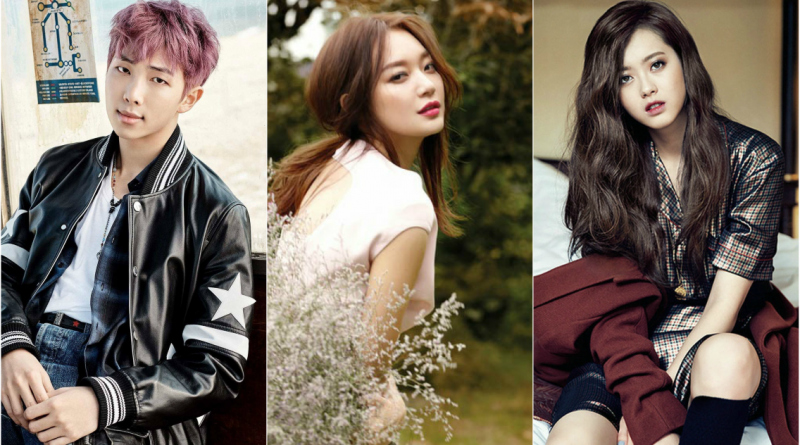 BTS Rap Monster changed his stage name to RM. Why did he suddenly change the name that has been built for a while into a new one? However, it’s not just Rap Monster. What’s the story about them?

Rap Monster announced the change of his stage name in his official fan cafe on the 13th. On the name of Rap Monster he said, “Due to the passing of one song I made while I was a trainee, I naturally got called like that between members of the company and group members.”

Then he went on: “The naming of BTS Rap Monster has been a long time since I’ve been doing activities with BTS, and it has taken me to many things that I’ve been doing for five years and I keep the fact that there’s more to do with the music I want to show in the future.”


First Shin Min Ah used her real name Yang Min Ah when she was a rookie. At that moment, however, she changed her name to Shin Min Ah, because there is the name of ‘Burger Girl’ Yang Mi Ra making her name confusing.

Go Ah Ra made her debut as Go Ah Ra. However, her name was changed to ‘Ara’ in order to go abroad. But soon she returned to Go Ah Ra.

2PM Jun. K also changed his name to Minjun, his real name. Minjun revealed, “My father died and his family has a will, the situation makes me follow it”

GOT7 Jinyoung also changed his name in the middle of the activity. Previously he had a stage name Junior with real name Jinyoung. Jinyoung said the reason of changing his name, “I want to use my real name instead of Junior.”

November 7, 2017 Ria Comments Off on [RANK AND TALK] 3 Dramas Which Have More Than One Series
BEAUTY Rank&Talk