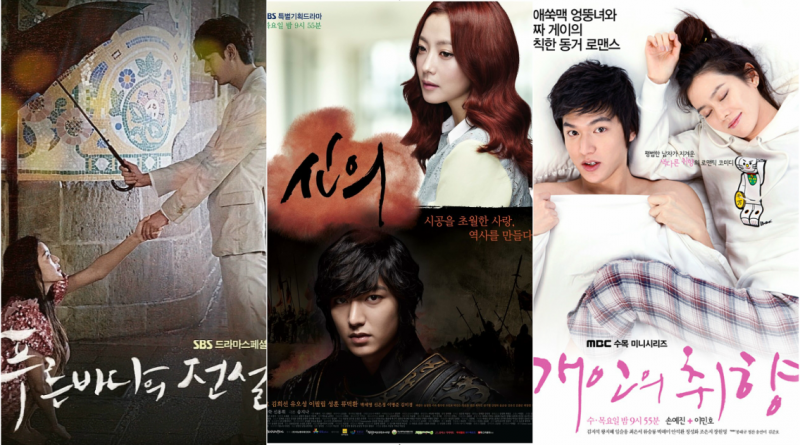 Lee Min Ho is a South Korean actor and singer. Although he is now in the army, he has completed the work ‘DMZ, The Wild’ which is a documentary film. He first gained widespread fame in Korea and parts of Asia with his role as Goo Jun Pyo in ‘Boys Over Flowers’ in 2009. He won the Best New Actor award at 45 Baeksang Arts Awards. He is best known for his major roles in City Hunter (2011), The Heirs (2013) and The Legend of the Blue Sea (2016). The success of Lee Min Ho in television dramas across Asia made him a top Hallyu star.

One day in August 1598, new governor Dam Ryung (Lee Min Ho) stayed overnight at an inn run by Mr. Yang (Sung Dong Il). During the night, Yang shows Dam Ryung a captured mermaid named Sim Chung (Gianna Jun). Later that night, Dam Ryung releases her into the sea and, before he swims, Sim Chung reaches out to Dam Ryung which she holds for a moment. In the present, Joon Jae (Lee Min Ho) is a con artist with the ability of a magician. He works with Nam Doo (Lee Hee Joon) and Tae O (Shin Won Ho). For the next score, Joon Jae imitates a prosecutor and cheats a huge amount of money from his rich dear mother. Joon Jae then travels abroad and lives in a resort in the ocean. Meanwhile, Sim Chung swept away the tidal waves and drifted ashore near the ocean resorts. He then meets Joon Jae.

King Gongmin (Ryu Deok Hwan) of the Goryeo Dynasty who married Princess Noguk (Park Se Young) was attacked by a group of people and caused the queen to be seriously injured. Following the advice of a fortune teller, the king then sends a warlord named Choi Young (Lee Min Ho) to enter the mystical gate to find a doctor who can heal the empress. Choi Young then comes to the world of the future and picks up Yoo Eun Soo (Kim Hee Seon) a modern-day doctor from Seoul who can then heal the empress. Because of the king’s wishes, Eun Soo cannot go back and stay in the palace. Eun Soo and Choi Young then fall in love. Then the problem arises because of Eun Soo’s ability to foretell so that he becomes a pawn in power between several rulers in the kingdom. To protect and prevent evil actions against Eun Soo, Choi Young takes her into the portal so that they live separately among different worlds for several years.

A furniture designer named Park Kae In (Son Ye Jin) is a friendly, shy and impulsive woman but has a shy and reckless personality. She lives in a modern Korean traditional house (sanggojae) designed by her father and her friend. At one point, Kae In broke up with her longtime beloved Han Chang Ryul (Kim Ji Suk) who broke her heart because the lover had married another woman. The next day a male architect named Jeon Jin Ho (Lee Min Ho) is struggling to win a project competing with Chang Ryul’s father’s company that forced him to dig up information about the sanggojae building that never opened its information to the public. Knowing Kae In has never allowed a man let alone a stranger to live with her, Jin Ho pretends to be a same-sex lover to get access to the house and live there. But over time, they fall in love.

February 24, 2017 Tri Comments Off on Four Actors in Their 30s Who Successfully Spread ‘Ticket Power’ in Movies
DRAMA VIDEO