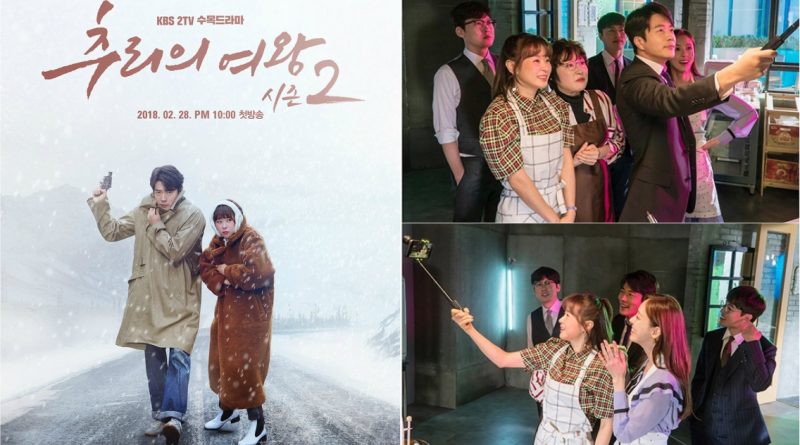 The drama that has been catching people’s attention because its 200% amazing actors ‘Queen Of Mystery 2’.

The actors of this drama had gathered to do the V Live broadcast and revealed their perfect teamwork and showed the great chemistry between them that made the fans couldn’t help but wait for the first episode with excitement.

Kwon Sang Woo returned with his unique role of Ha Wan Seung said that there might be a change in the characters, “The character has changed a little but despite of that, he can still bring laughter and joy. Also we have worked really hard and we had a great teamwork which gave us the great synergy.” He said while showing off the teamworks of him and the other stars.

Choi Kang Hee, the one who played Kwon Sang Woo’s partner in crime said, “I feel so happy and excited that I can work with the same crew and stuff from season 1. They’re just amazing.” She said, drawing a lot of excitement.

The perfect teamworks between the actors and the crew made ‘Queen Of Mystery 2’ became one of the very awaiting list drama this year. They are never failed to surprised the viewers.