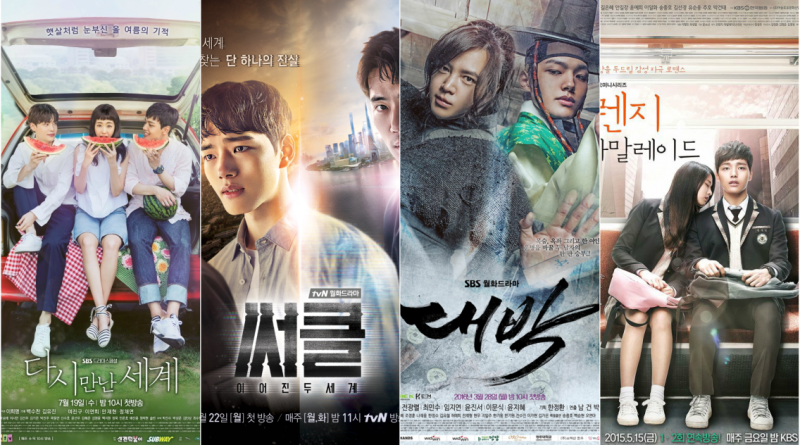 This drama is a love story between a 19-year-old man and a 31-year-old woman, born in the same year and is a childhood friend. Despite being born in the same year, two of his childhood friends eventually turned 12 years old because they had aged in different places (the world) for some strange reason. Sung Hae Sung (Yeo Jin Goo) is a high school student. On Hae Sung’s birthday, his girlfriend Jung Won (Lee Yeon Hee) prepares a surprise party for him. To keep him away from home as they prepare, Jung Won asks Hae Sung to go to their school and find her wallet. There, Hae Sung enters a surprising sight. While trying to get help, Hae Sung gets hit by a car and dies. 12 years later, Hae Sung wakes up on the roof of his school building and he meets Jung Won again. Now Jung Won is a 31-year-old but Hae Sung is still a 19-year-old boy. Meanwhile, Cha Min Joon (Ahn Jae Hyun) is a chef who is also interested in Jung Jung Won.

The circle is the first sci-fi mystery drama to be aired by tvN. The drama features Korean settings in the present and future (2037). Alien came to earth. Alien believe that human emotions must be controlled or they have no future. Circle stories include unity, scenery, and of course romance, where there will be aliens who come to earth. The aliens believe everything that must be eradicated so that there is a future for human life. This alien invasion occurred in 2017 that produced a new world in 2037. The new world is also divided into two ‘Smart Earth’ where human emotions will be controlled. The other world is called ‘General Earth’.

Dae Gil (Jang Geun Suk) and King Yeongjo (Yeo Jin Goo) enter into a match. Dae Gil gives a bet with his life while King Yeongjo is betting with the whole of Joseon Kingdom. Dae Gil is the best gambler in Joseon era. He holds a deep hatred inside but tries to stay cool on the outside. King Yeongjo is a man who never lowered his head without a convincing reason. Meanwhile, Dam Seo (Im Ji Won) is only there to take revenge on the king. This drama tells gambling between two men who have their own ambitions in life. The proud King, and the young man who holds a grudge all his life. On the other hand, being a lucky gambler does not necessarily make him lucky in life.

The drama Orange Marmalade tells the story of humans and vampires. 300 years ago, humans and vampires had made a covenant to live a peaceful life, but in fact they still remain uncomfortable between one and the other. And now, Jae Min (played by Yeo Jin Goo) is a high school student. He really hates vampires. Especially when his mother married the creature. Until then he fell in love with Baek Ma Ri (played by Seolhyun) a friend at his school. Despite liking Jae Min as well, Baek Ma Ri does not necessarily accept his love. The girl actually always stay away. Because it turns out that despite looking like other normal human beings, Baek Ma Ri is a vampire.

February 20, 2018 Ria Comments Off on 5 Korean Actors and Actresses Who Turned Down The Roles In Successful Dramas
DRAMA Rank&Talk