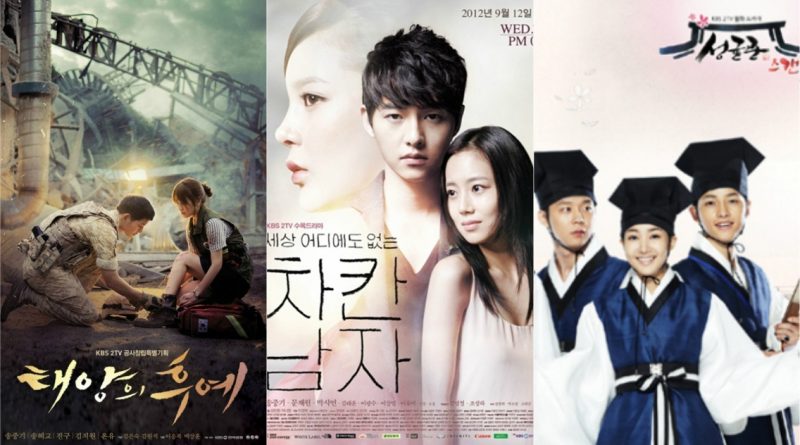 Who does not know Song Joong Ki. One of the leading actors in Korea has incredible acting skills. His comeback drama after undergoing military service became Korea’s most phenomenal drama. Now he has married his co-star in the drama ‘Descendants of The Sun’ Song Hye Kyo. Here are popular dramas starring Song Joong Ki.

1. ‘Descendants of the Sun’

In the KBS drama ‘Descendants of the Sun’, Soong Jong Ki plays Yoo Shi Jin, a special army captain. The drama also stars Kang Mo Yeon (Song Hye Kyo), Seo Dae Young (Jin Goo), Yoon Myeong Joo (Kim Ji Won), and others. The drama is about a love story between Yoo Shi Jin who is in charge of UN peacekeeping forces with Kang Mo Yun, a volunteer doctor working at the Doctors Without Borders agency. They both met while on duty in a country called Uruk, a fictional country located in eastern Europe. They both live life in Uruk as a team of volunteers who work together to keep the country safe. But because of the intensity of frequent meetings, there is a feeling of love between the two. The love story of both is brought to the real world and continues into marriage.

In KBS drama ‘The Innocent Man’, Song Joong Ki plays the role of Kang Ma Roo as a medical student. The drama also stars Seo Eun Gi (Moo Chae Won), Han Jae Hee (Park Si Yeon), and others. This drama tells the story of Kang Ma Roo and Jae Hee who is older than him. Jae Hee is a television reporter who has a bad economic condition. Over time finally Eun Gin fell in love with Ma Roo. However, Eun Gi finally found the facts about Ma Roo’s plan to take advantage of them and eventually they broke up. But the tragedy of Eun Gi’s car accident resulted in her losing her memory and re-entering into the life of Ma Roo.

In KBS drama ‘Sungkyunkwan Scandal’ Song Joong Ki plays as Goo Yong Ha, a Sungkyunkwan student. The drama is also played by Lee Seon Joon (Park Yoo Chun), Kim Yun Hee (Park Min Young), Moon Jae Sin (Yoo Ah In), and others. Sungkyunkwan Scandal set in Sungkyunkwan University during the late Joseon period during King Jeongjo’s reign, revolving around the exploits and love stories of four youths. When her brother’s illness gets worse and their families are threatened driven out of their homes due to lack of money, Kim Yoon Hee enters school with his sister’s name, disguised as a boy in his desperation to help his sister. Yoo Hee Decides to take the test for the nobles who will take her to become government officials. There, she befriends Lee Sun Joon, a smart and assertive playboy Goo Yong Ha and Moon Jae Shin.