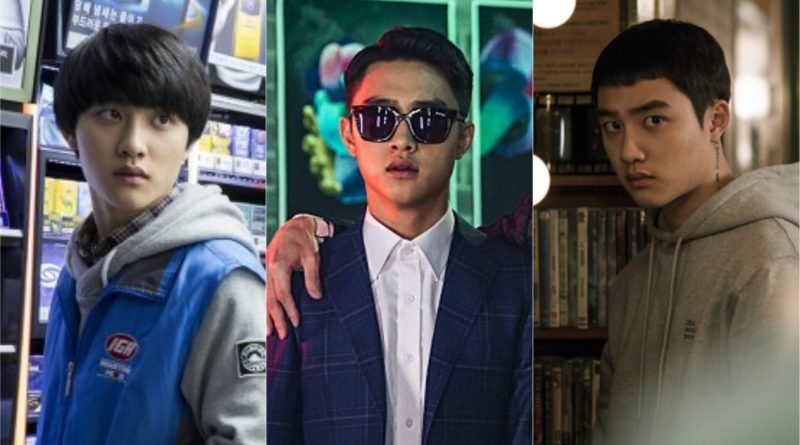 D.O EXO / Do Kyung Soo is an actor with great acting ability that has been recognized and break the notion of idol actor’s poor acting ability. In fact there are some people who do not know that he is a member of the popular idol group. Do Kyung Soo showed his acting in SBS’s drama ‘It’s Ok, This is Love’ and made tremendous progress on the big screen.

Starting from the movie ‘Cart’ to ‘Room No.7’ he has important roles that surprised everyone.

The film ‘Cart’ tells the story of the suffering of large-scale contract workers who are sacked unfairly. Do Kyung Soo acts as Tae Young who is a teenage boy and is the son of Sun Hee (Yum Jung Ah).

Although this film became his movie debut on the big screen, he has played the role of a temperamental rebellion with a stunning performance.

He did not stop until there and slowly he began to investigate and understand his mother.

The movie ‘My Annoying Brother’ tells of an unexpected fraternity relationship between a judo player and his brother back home after 15 years with the assurance of good behavior. Do Kyung Soo acts as Ko Doo Young is a judo player who has long separated from his brother and his life changed due to injury that causes blindness.

The film also reveals his feelings in an unjust life situation due to an accident.

In addition, Do Kyung Soo managed to lure 2.9 million viewers and prove himself as the main character that captivated the audience.

The movie ‘Room No.7’ tells of a boss and a young man who hides their own secrets in ‘Room No.7’ DVD Dong Sik in Seoul and the 2 men struggle to escape from the twisted situation. Do Kyung Soo plays the role of ‘Tae Jung’, a student who works part-time in a DVD room to pay tuition.

Do Kyung Soo has perfected the real-life image of a young man by showing a new character that has never been shown before, ranging from hairstyles, costumes, tattoos that show the character ‘Tae Jung’ who is struggling to survive amidst life that pinches him.

Do Kyung Soo recounts his acting growth, “I think I’m still learning acting. “When I was filming a movie ‘Cart’ I was nervous about being in front of the camera but now I’m more relaxed”, he said.