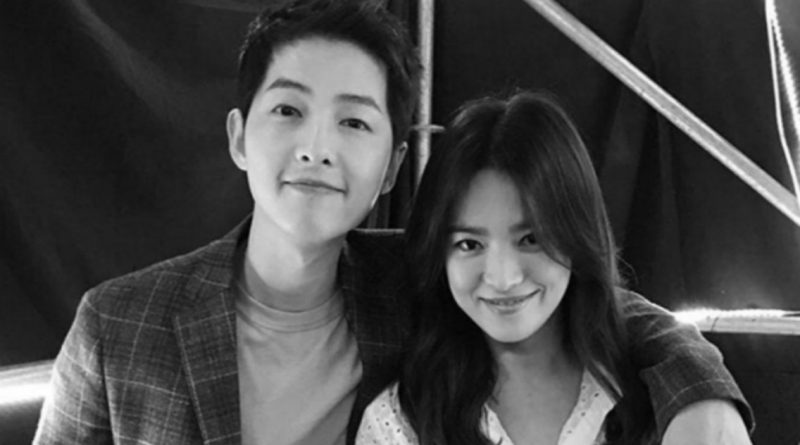 After marrying Song Hye Kyo, Song Joong Ki appeared in the broadcast program for the first time and talked about the life of the newlyweds and his latest work. Fans also hope Song Hye Kyo will soon appear on the show broadcast. On the 1st, on ‘MAMA in HONGKONG 2017’ held at Asia World Expo, Hong Kong, Song Joong Ki appeared for the first time after getting married and talking to reporters.

“I just got married. I seem to choose works more carefully. I am eager to work on new work to meet fans,” said Song Joong Ki. During this time many rumors related to Song Joong Ki’s latest work. Starting from the news of the movie, or he will return with the drama, popping up. But through ‘MAMA’ Song Joong Ki ensured that he has not yet decided on his next work.

Song Joong Ki’s appearance in ‘MAMA’ became the first official broadcast after marriage. For that reason, fans speculate that Song Hye Kyo is also present in the official event.

Song Hye Kyo has not been seen on official shows or TV shows since her marriage. Therefore, rumors and allegations arise. Song Joong Ki also did not mention his wife in the event ‘MAMA’ is. Fans are curious about Song Hye Kyo’s latest condition. But with Song Joong Ki appearing on the broadcast, Song Hye Kyo’s chances are even greater.

Fans hope Song Hye Kyo can do the activity in the near future, regardless of the next work or tv programs. Song Hye Kyo is aware of the fans’ longing and is expected to make an appearance soon.