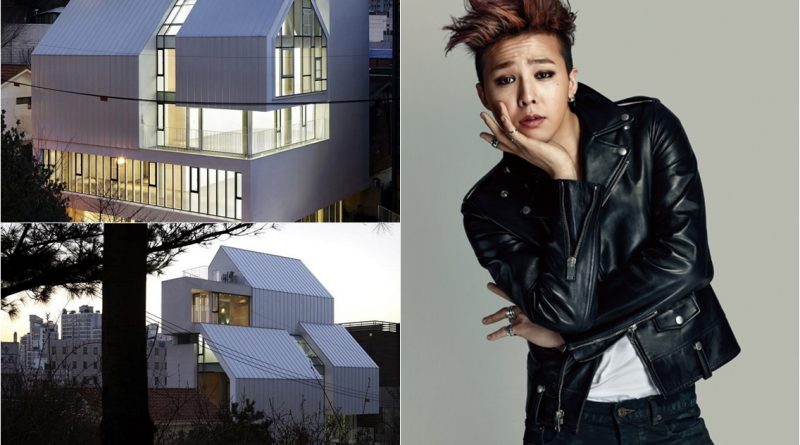 On the 8th, the Korea Economic Daily reported that G-Dragon of Big Bang bought the building in Chongdam-dong, Seoul. The building purchased by G-Dragon is a kind of second home facility, consisting of the ground floor to the 6th floor.

The building that can be seen on the website of this design company is white and has a unique shape and spacious with a comfortable interior. The building has a distinctive look and was named ‘ideal building’ by Gangnam District Office.

The building is located 5 minutes from exit 9 station Cheongdam-dong by foot. It is known that there are many entertainment companies in the vicinity. In addition to this building, G-Dragon also bought the building at the High End Galleria Fores housing estate in Seongsu-dong, Seoul which costs 3 billion won. Galleria Fores has Han River as its scenery.