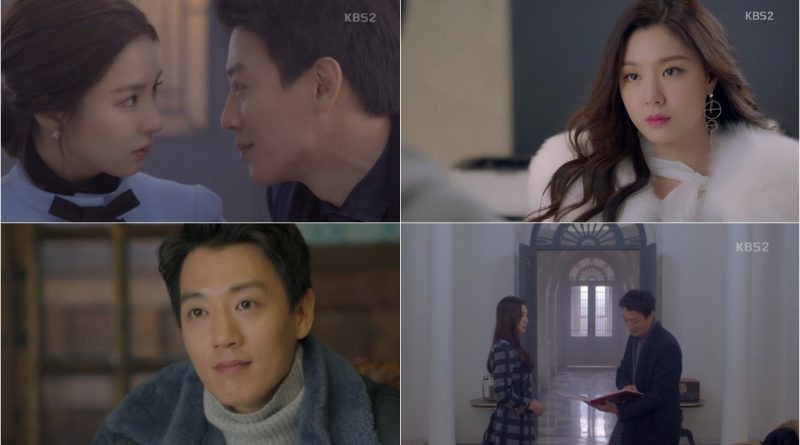 In episode 3, Sharon made Soo Ho and Hae Ra die in the past, then Sharon was burned by fire for her actions, Sharon also said, “You’ve taken the one I loved (in a previous life)”, to Hae Ra and made viewers more curious.

The airing of the day, depicting the tragic story of Soo Ho, Hae Ra and Sharon in the past attracted attention. 200 years ago, in Joseon’s time, Myung So (Soo Ho) and Seo Rin (Sharon) were at the wedding ceremony, both trying to recognize each other’s faces with the help of the maid, Seo Rin saw Myung So.

Myung So visited Seo Rin’s house secretly, a woman (Hae Ra) tried it after making Seo Rin’s wedding dress, and she thought the woman is Seo Rin. “I will give everything for my woman” Myung So said, the unfortunate fate of the man makes the drama more tense.


‘Black Knight’ episode 4, Myung So realized that he has been mistaken until the day of his marriage came, Seo Rin did not know to whom the heart of Myung So fell in love, the story of a man who has a deep wound in his wedding clothes buried deeply, closely related with current stories going on.

It remains unclear why Myung So and the woman were killed in the past or about Becky who became a human being, after Soo Ho and Hae Ra’s encounter happened and their romance intertwined, viewers continue to look forward to the continuation of ‘Black Knight’.

‘Black Knight’ tells the story of a man who fights dangerous destiny for the sake of the woman he loves. The drama airs every Wednesday and Thursday at 10 pm South Korean time.