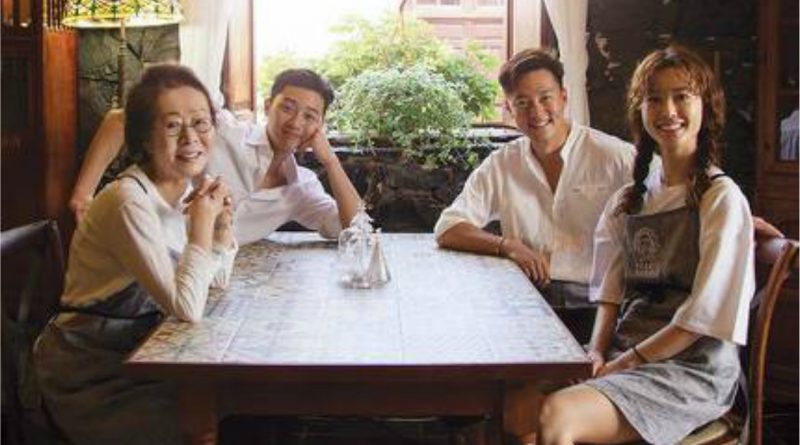 tvN ‘Youn’s Kitchen 2’ which will start airing on January 5, 2018 at 21.50 is a new show from PD Na Young Seok, starring Youn Yuh Jung, Jung Yu Min, Lee Seo Jin and Park Seo Joon and telling about a small restaurant in a small village on the island of Tenerife, Spain.

In the posters ‘Youn’s Kitchen 2’, Youn Yuh Jung, Jung Yu Min, Lee Seo Jin and Park Seo Joon gather in a warm atmosphere to take care of the restaurant at Garachico. These four stars sit together at the dining table with a casual and affectionate appearance, they open the 2nd ‘Youn’s Kitchen’ in a small town on the island of Tenerife, Spain.

The crew said, “The island of Tenerife is a remote yet romantic place. This is a small history where Youn’s Kitchen members will share their daily lives with the locals and offer a special story,” he said.

Along with the poster release, the production team also introduced the roles of the four members. First, the main chef Youn Yuh Jung from the restaurant ‘Youn’s Kitchen’ has gained success as a leader in the first restaurant. Lee Seo Jin became the manager of ‘Youn’s Kitchen’ which is expected to show the actual management aspect that is responsible not only to the guests but also the welfare of the employees.

Jung Yu Min is lined up as a kitchen controller. As an assistant chef, he is proud of his seniority and makes his charms awaited. Park Seo Joon who joins this season will show off his personal talent in ‘Youn’s Kitchen’. Seo Joon’s park will show his physical strength, his friendly nature and his visuals. Park Seo Joon as an independent young man who has high confidence and showed his endless activities.

The production team of ‘Youn’s Kitchen 2’ also gives clues to the main menu of ‘Garachico’s second store’. The crew said, “If you look at bulgogi’s main menu like bulgogi rice, bulgogi buurger, and bulgogi noodles in Youn season 1 retreat, the main menu of season 2 is bibimbap. We expect viewers to watch and we can introduce bibimbap in ‘Youn’s Kitchen’,” they said.