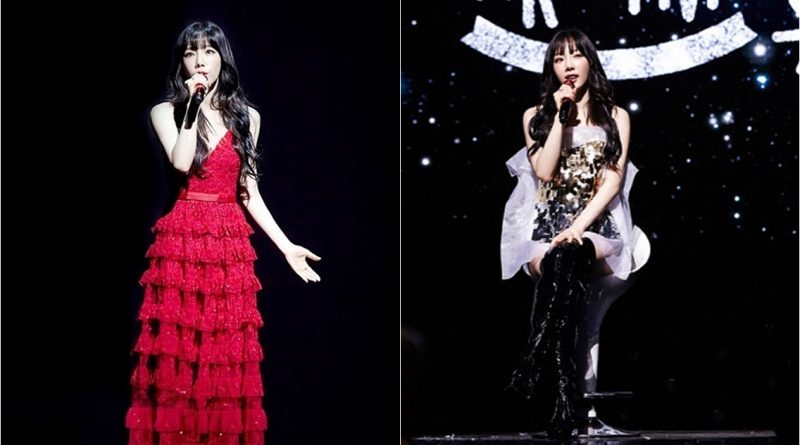 Taeyeon successfully held her Christmas concert. On the 22nd ~ 24th, Taeyeon held TAEYEON SPECIAL LIVE “The Magic of Chrismas Time” at the Hall of Kyung Hee University, Seoul. The three-day show was sold out and fans flooded the venue.

Taeyeon shows stage performances from newly released winter albums, renewed hits like ’11: 11 ‘,’ Rain ‘and’ Why ‘. He also sings carol ‘Have Yourself A Merry Little Christmas’, ‘My Grown Up Christmas List’ and ‘Holly Jolly Christmas’ in a spectacular stage performance. She has attracted the attention of the audience with singing and vocal abilities combined with live band performances.

In addition, Taeyeon provided a special performance that allows us to enjoy the atmosphere of Christmas by adding new things like ‘musical performance’ and ‘magic performance’.

Seohyun appeared as a guest star at concerts on the 23rd and 24th,  with Taeyeon singing both Tae Ti Seo’s ‘Winter Story’ and ‘Merry Chirstmas’.