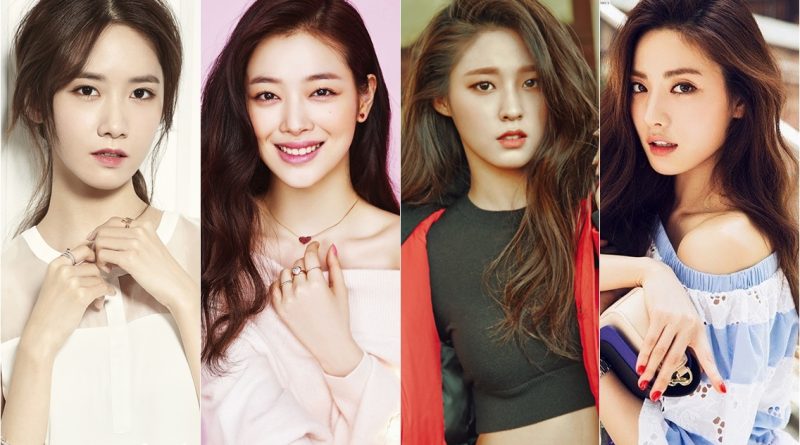 Yoona who debuted as a member of SNSD started her acting career in ‘Two Outs in the Ninth Inning’ in 2007. That means she has 10 years acting career. But the first big screen movie that starred in ‘Confidential Assignment’ was released in January this year. Yoona plays Park Min Young, the sister-in-law of Kang Jin Tae (Yoo Hae Jin), she shows a plain image and shows her comedic acting.

After Sulli left f (x) in 2015, she appeared in the movie ‘Real’. Sulli has started acting since 2005. In this film she plays Song Yoo Hwa, a therapist from a boss named Jang Tae Young (Kim Soo Hyun) who is responsible for overcoming psychiatrists from casino organizations. The film attracted great interest before it was released, due to unexpected exposure from Sulli.

Seolhyun AOA first appeared on the big screen in the movie ‘Kangnam 1970’ in 2015. Then she made a comeback through the movie ‘Memoir of A Murderer’ which was released in September. Seolhyun has a role as Eun Hee, the daughter of Byung Soo (Seol Kyung Goo) a former assassin who is afflicted by Alzheimer’s disease, as well as a lover from Tae Joo (Kim Nam Gil) who wakes up Byung Soo’s memory. She earned a good reputation in conveying emotions and quickly earned the nickname ‘anticipated Chungmuro’.

Nana debuted as a member of After School in 2009, for 7 years she has been performing as a singer and began her acting career through tvN drama ‘Good Wife’ in 2016. After that Nana tried to play in her first film called ‘The Swindlers’. Nana transformed into Hong Il Jum, a fraudster who has amazing expertise. Her acting debut on the big screen shows an increasingly growing acting talent.