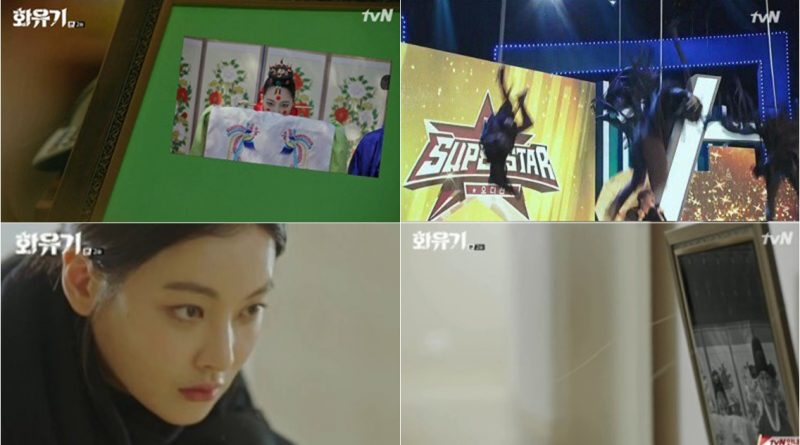 There was a nightmare on Christmas Eve. There have been several incidents in ‘Hwayuki’ episode 2 that left the audience disappointed. On the 24th, in Saturday-Sunday drama tvN ‘Hwayuki’ a broadcasting accident happened.

On that day’s broadcast, Lee Seung Gi (Son Oh Gong) found out Oh Yeon Seo (Jin Sun Mi) is Samjang and said, “I’ll eat it” then Oh Yeon Seo looked at Lee Seung Gi’s strategy, and tried to fill it with kumgang. When both were fighting with a fairly intense tension, an ad appeared that the duration of more than 1 minute when it usually only lasted for 60 seconds.

10 minutes later, the tvN party stated “The broadcast can not be broadcast for a while. Please understand.” When the drama show was normal again, there was a scene that displays the CG that has not been perfect. When Oh Yeon Seo auditioned in front of Cha Seung Woon (King Uma), the rope of evil that surrounded her was seen hanging in the air.

When this CG accident could not be hidden anymore, the broadcast accident was again displayed at 22:15. The drama suddenly stalled and the words “Broadcast will be stopped due to internal problems.”

After that, in the drama that aired the CG accident, it still existed. The scene when Oh Yeon Seo went to the devil’s house, the CG blue screen looked like when the frame dropped. Just a green background.

After some ‘Hwayugi’ incident finally ended at 22:38 with the announcement coming to an end. There was also ambiguous termination. It was cut off to Lee Seung Gi and Lee Hong Ki’s scene. The reason for the accident in the unfortunate ‘Hwayuki’ broadcast was only in episode 2. In addition tvN ‘Hwayuki’ is considered an ambiguous drama.

At the time of production of ‘Hwayugi’, the production team mentioned the CG fantasy as its shortcomings. Eventually it created a problem and became the worst mistake in the broadcasting incident.

The tvN party expressed their apologies “The ‘Hwayugi’ crew strived to make quality dramas and prepare them well. We did our best for the last editing details while filming a high-level drama. While trying to solve it in a short period of time, the passion and ambition of the production team led to a fatal mistake. We’ll learn from these mistakes and ensure better impressions.”