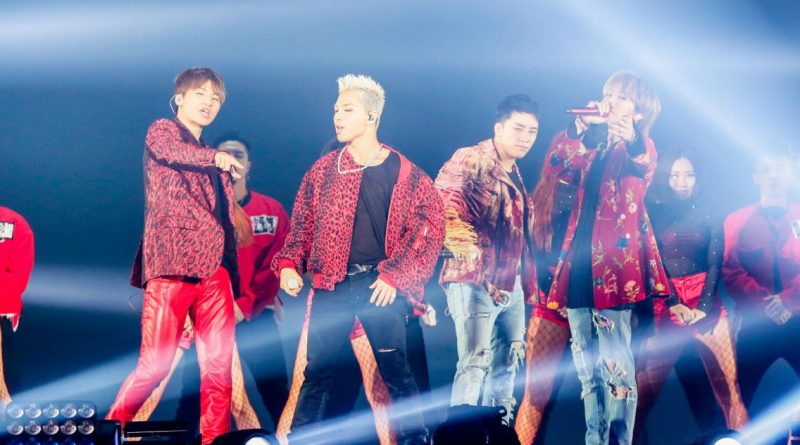 Big Bang expressed their feelings before the military during a concert in Japan. On the 24th, Big Bang held a concert titled ‘BIGBANG JAPAN DOME TOUR 2017 – LAST DANCE’ at Kyocera Dome Osaka. YG Entertainment explained that Kyocera Dome Osaka is the venue for the Big Bang stage show in Japan for the first time on November 23, 2011 and the place is meaningful for the group. The concert, which began on the 21st, has attracted 50,000 fans a day.

On the 24th was the last stage of the Dome Tour and got more enthusiasm than ever before.

The concert opened with the song ‘HANDS UP’, Big Bang was able to thrill 50,000 fans who attended with a lively cheers. Followed by the song ‘LOSER’, they crossed the stage by 100 meters moving 4 meters tall and 13 x 3.6 meters wide. Big Bang tried to get as close to the fans as possible.

“Winter will pass and spring is almost here, until then you have to take care of your health, do not be sad and we’ll meet again soon. Big Bang will always be five and hopefully always give happiness. It’s a source of my strength,” said Big Bang’s leader, G-Dragon.

“I’m looking forward to the meeting again, it will come as soon as the usual days. Our love will never change,” he added.

Big Bang has valuable time with fans by singing hits such as ‘Fantastic Baby’ and ‘Bang Bang Bang’. To encore stage, the members climbed onto the stage by car, they were impressed with the words ‘Big Bang is VIP’ made by fans with LEDs. The concert dome tour in Japan was successful, and Big Bang will end the 2017 tour at Gocheok Sky Dome, Seoul, on December 30 and 31.