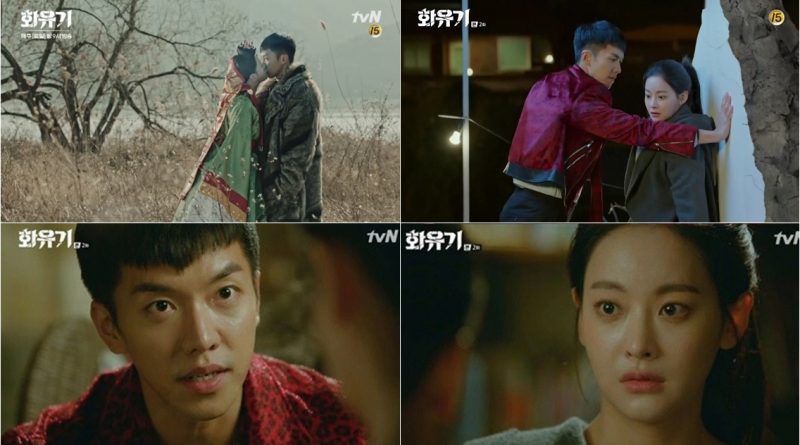 On the 25th tvN’s drama ‘Hwayugi’ episode 2 aired again. Earlier, on the 24th drama ‘Hwayugi’ was postponed due to an imperfect CG problem. Moreover the broadcast was stopped when episode 2 has not finished yet.

Son Oh Gong and Jin Sun Mi are shocked by the same situation as when they see the future. Jin Sun Mi said she had seen this happen in the shop, and Son Oh Gong asked to tell him what she did. Jin Sun Mi kissed Son Oh Gong’s lips and he was shocked. At that time, the geumgang given Jin Jin Mi made her in pain. Son Oh Gong realized he would suffer if he did not obey Samjang.

To get out of the photo, he needed Samjang, Son Oh Gong gave a memory when told his name. He gathered his strength and sent her back to the world. King Woo Ma is satisfied when he finds Samjang safe and Son Oh Gong lives in another world. But Jin Sun Mi injures himself to bring Son Oh Gong, spills blood and triggers the return of the demons. In a dangerous moment, he shouts the name of Son Oh Gong, according to Son Oh Gong’s agreement will come to save him.

In this late-aired episode also shows why the broadcast could not be aired on the 24th. In episode 2, Jin Sun Mi and Son Oh Gong do their first kiss, their romance shows good progress.

In the midst of a series of incidents, the drama ‘Hwayuki’ again picked up the hearts of disappointed viewers, then attention focused on whether the drama’s popularity would stabilize.

January 4, 2018 Tri Comments Off on 4 Korean Star Siblings Who Are Known to be Very Close
DRAMA Rank&Talk