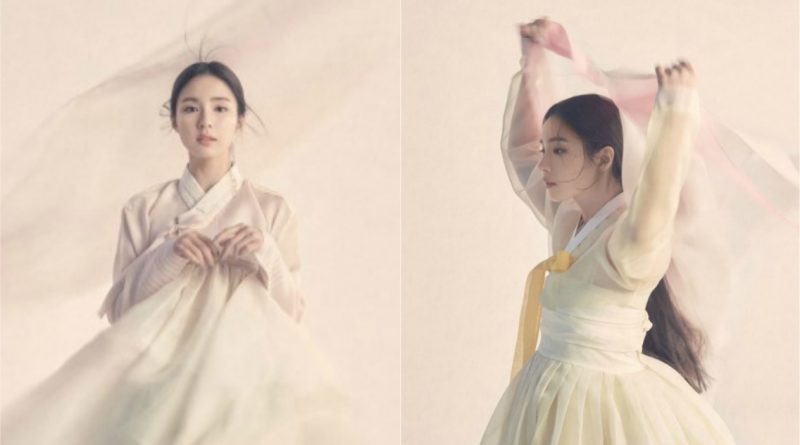 Shin Se Kyung recently received praises for her innocent and cute role as Jung Hae Ra in drama ‘Black Knight’. In the pictorial, she looked dazzling and flawless while wearing Hanbok that made her fans’s hearts fluttered.

The elegant Shin Se Kyung is appointed as the Korea Hanbok ambassador and she did a pictorial in order to promote Korean’s hanbok. When asked how she usually spend her new years holiday, she answered, “Usually I made a lot of tasty feast to eat with my family and we also spend time together resting and relaxing. I wish all of you can enjoy and celebrate this Lunar New Year with happiness!”

Meanwhile, after her drama ended, Shin Se Kyung gave her fans a surprised gift by releasing ‘Jung Hae Ra’s Black Knight Highlight Commentary’ through her V Live Channel. She reminisce the scenes in the drama and gained a lot of attention especially from her fans.