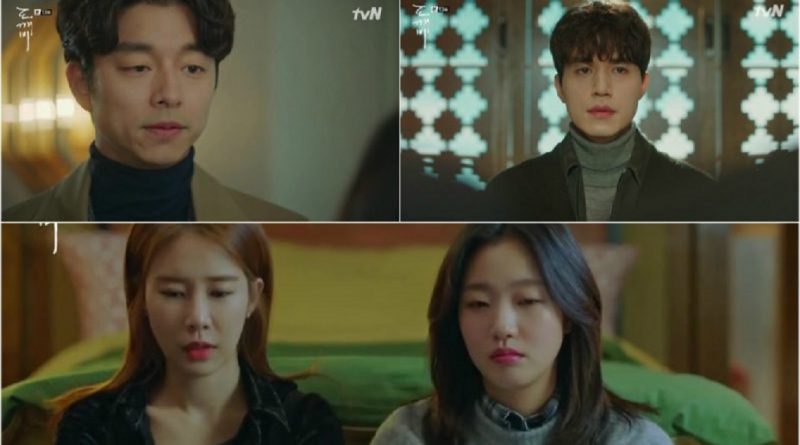 The 13th episode of ‘Goblin’ was started with an intense scene between Kim Shin and Grim Reaper.

Kim Shin, who looked furious, choked Grim Reaper and asked whether he was really the incarnation of Wang Yeo. Grim Reaper, who was also shocked to find out that he was indeed Wang Yeo, cried.

The next day, ghost of Eunuch Park appeared in front of Sunny with the intention to kill her, but then Grim Reaper came out of the blue and prevented it from happening.

In the following scene, Sunny came to Kim Shin. Sunny tried to persuade Kim Shin to forgive Wang Yeo, but Kim Shin still could not forgive him.

And then a scene from the past was shown. In it, Wang Yeo looked morose while holding Kim Sun’s dress and ring while Eunuch Park stood with a wicked expression in silent.