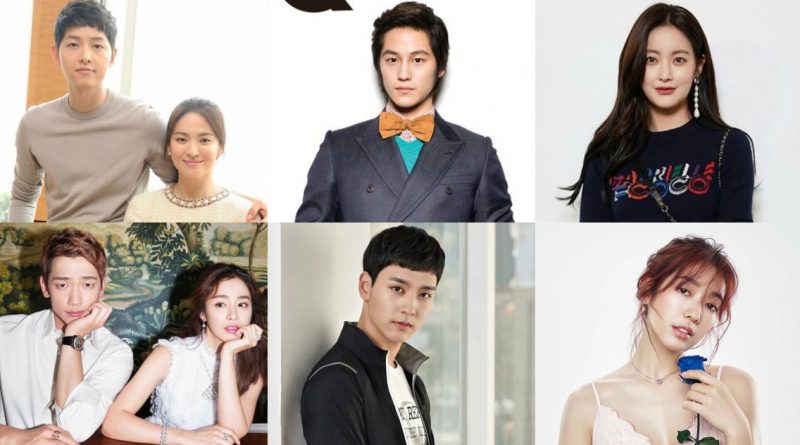 Along with Oh Yeon Seo (31) and Kim bum (29) admitted that they are dating, the entertainment industry is now dominated with couples with an age gap.

“The two is currently dating” said the official of Oh Yeon Seo, Celltrion Entertainment.”They met and became close friend since the end of drama ‘A Korean Odyssey’ this early march. Now they’re getting to know each other” they added.

Recently the number of couples with age gap in entertainment industry is increasing.

Between those couples, one of them are Song Hye Kyo (26) and Song Joong Ki (33). They became a couple after getting to know each other through KBS drama ‘Descentdant of the sun’ on 2016 and they got married on 31st October last year.

There is also Park Shin Hye (28) and Choi Tae Joon (27) who had admitted their affair recently. After being rumored dating, finally the agency of Park Shin Hye, S.A.L.T Entertainment said, “we had discussed it with Park Shin Hye and Choi Tae Joon, both of them has became a close friend and turned into a couple by the end of last year because they shared a good feelings.”.

Mina (46) and Ryu Pil Rip (29) who were in one of KBS entertainment program ‘Mr. House Husband’ are a couple of 17 years age gap that has been married.