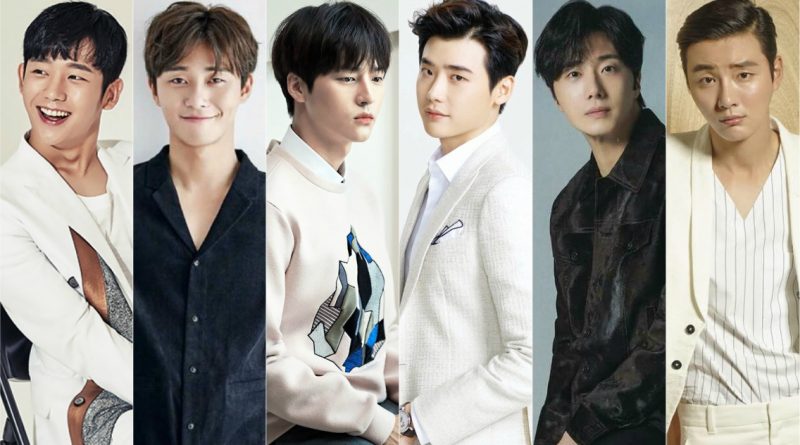 Now, young actors acting along with the elder actresses has become a popular character in the drama.

Usually these young guys gained all the female viewers’s attention through their tough yet rebellions image.

A lot of Young stars showing their charms through their dramas and successfully attained the heart of all the female viewers who are older than them.

Jung Hae In played the role of Seo Jun Hee in the drama and reunited with Yoon Jin Ah (Son Ye Jin) after leaving Korea for 3 years.

Seo Joon Hee who fell in love with Yoon Jin Ah since a long time ago gradually showed and expressed his feelings for her.

Actor Park Seo Joon played the role of Yoon Dong Ha who fell in love with a woman who was older than him by 14 years old in tvN’s drama entitled ‘Witch Romance’ in 2014.

Yoon Dong Ha has passions to protect and to make Ban Ji Yeon happy that gained a lot of viewer’s attention.

Actor Yang Se Jong played the role of On Jung Seon who fell in love with Lee Hyun Soo (Seo Hyun Jin) in SBS drama ‘Temperature of Love’ in 2017.

On Jung Seon played a character of the best chef and showed his charm through his character that successfully captured the women’s heart.

With his warm smile and his attentive personality, he protected Lee Hyun Soo from the crazy ex-boyfriend Park Jung Woo (Kim Jae Woo).

Actor Lee Jong Suk played a role of a mysterious man Park Soo Ha that can read people’s mind in SBS drama ‘I Can Hear Your Voice’ in 2013.

Park Soo Ha showed an instinct of protector and became the savior for the love of his life Jang Hye Sung (Lee Bo Young).

As the story went, Park Soo Ha showed his manly charm and bravely fought all the dangers that succesfullu captured the female viewer’s heart.

Actor Jung Il Woo played a role of a man named Lee Yoon Ho who was tough, rebellious and legendary in MBC Sitcom ‘High Kick’ in 2006.

Lee Yoon Ho is a troublemake who never study even when he is in high school and he keeps getting into a fight with kids from other school. But he has a good attitude towards his favorite teacher, Seo Min Jung.

With the combination of tough and rebellious and his softside towards the woman he adored made the viewers wished that Lee Yoon Ho and Seo Min Jung can end up together.

Actor Yoon Si Yoon appeared in MBC ‘High Kick through the rooftop’ in 2009 with his role as Jung Jun Hyuk.

Jung Jun Hyuk fell in love with Shin Se Kyung (Shin Se Kyung) that helped him doing the chores at home and he gradually showed his affections towards her.

But Jung Jun Hyuk failed to keep Shin Se kyung by his side because Lee Ji Hyun took her away that made the viewers heart break into millions.