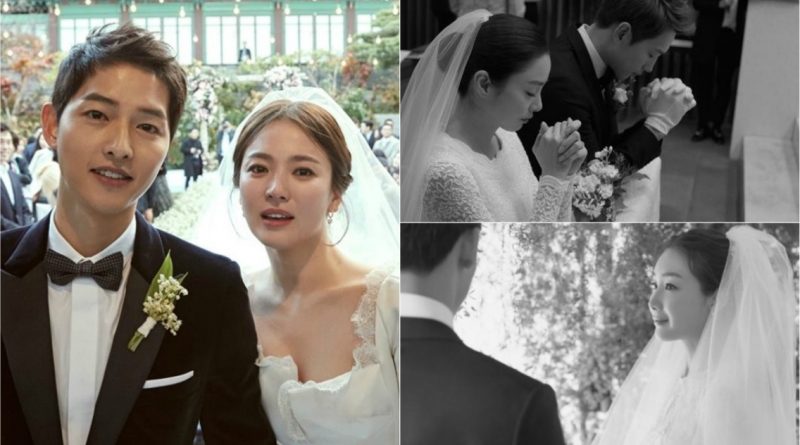 Hallyu stars are always be the hot topic of publics whether in Korea or in Asia. Some of them decided to keep their private life hidden and then they suddenly announced their wedding that shocked a lot of their fans.

Lee Young Ae married her Korean-American lover on 24th of Agust 2009. Only the close family and her managers atteneded the wedding ceremony which later she announced her marriage the next day. Lee Young Ae was always far from any affair rumors and her announcement was definitely a shocking news.

Gary also announced his marriage through his social media. He has tied a knot with his thousand-days-lover. They became husband and wife through the private wedding. It’s not only a shocking news to the public but also to Gary’s acquaintances that didn’t know anything about the wedding.

Song Hye Kyo and Song Joong Ki became the main leads in KBS drama ‘Descendants of the sun’ on 2016 and they finally announced their marriage after several times denying their rumored affair. ‘Descendant of the sun’ has successfully created a sensation both in Korea and Asia that many people congratulate the for their wedding. They held a wedding ceremony on 31st of October last year with 250 private guest.

Choi Ji Woo also made a shocking announcement by telling her fans about her wedding recently. The news about her wedding was unheard until last month YG Entertainment confirmed the news and gave clarifications. Choi Ji Woo and her lover has never been spotted dating and they held a wedding ceremony privately and only invited their close friends and families.