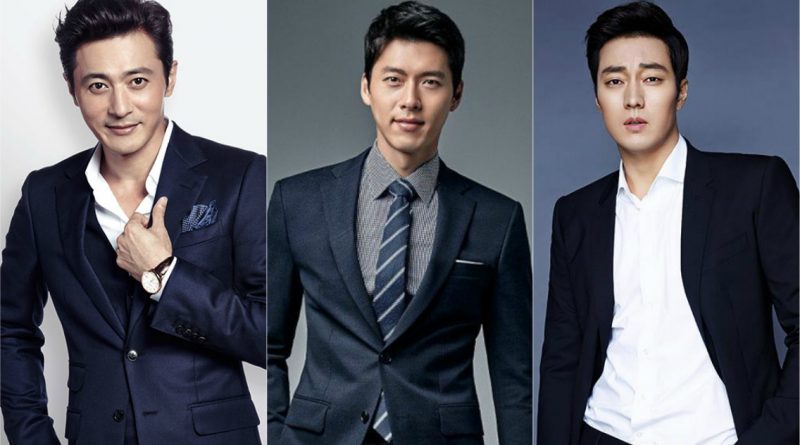 The two male actors who is currently reappearing in the screen from Jang Dong Gun, Hyun Bin to So Ji Sub will return to the small screen this year.

Upon hearing this their fans who have been waiting for them for years are definitely going to be happy.

Jang Dong Gun play a man who just lost his daughter and planned to avenge the death of his daughter in ‘Seven years of night’ which he took the challenge playing the role of a villain for the first time since his debut. After that, he showed a 180 degrees different change as he turned himself into a Legendary Lawyer in KBS newest drama ‘Suits’ that begun to air on 25th of April.

In the ‘Suits’ drama, he played the role of a legendary lawyer in Korean’s top law firm and will have a bromance with the fake lawyer with amazing ability to remember everything. He finally returned to the small screen after 6 years of absent and the expectation on Jang Dong Gun’s chemistry with Park Hyung Sik through their characters is high.

Hyun Bin will continue his successes in 2018. Hyun Bin has confirmed his role in the drama entitled ‘Memories of Alhambra’ that told a story of a very successful CEO from a game engineering company. Furthermore, his soon-to-be-released movies ‘Rampant’ and ‘Negotiations’ will make this year to be Hyun bin’s year again.

So Ji Sub has returned his spring with a touching love story through his newest movie that has been released and he will returned to the small screen after 2 years of absent. So Ji Sub has showed a melodramatic performance with Son Ye Jin through ‘Be With You’ successfully captured the viewers heart and he will return with the romantic comedy drama this year.

MBC newest drama entitled ‘Terius behind me’ has confirmed the appearance of So Ji sub as its main character. This drama told romantic comedy story of a mysterious man named Kim Bon who met a girl named Go Ae Rin. So Ji Sub will play the role of Kim Bon, a secret agent in National intelligent office who will help Go Ae Rin who just lost her husband. The attention is now on whether So Ji Sub who has known as the Rom-Com king will show his man talent and capture the viewers heart through his new dramas or not.

July 18, 2017 Tirta Comments Off on UEE Confirmed Her Relationship with Kangnam
MOVIE VIDEO