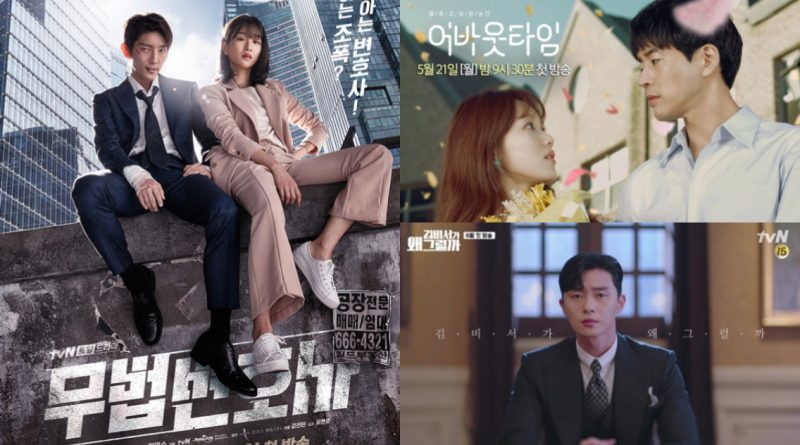 There will be three new dramas from tvN with different colors and charms that soon will be aired has gained a lot of viewers attention. These dramas are none other than ‘Lawless Lawyer’, ‘About Time: The moment to stop’ and ‘Why Secretary Kim’.

This drama is set in the court room where the feisty fight between Lee Joon Gi and Seo Ye Ji versus Lee Hye Young and Choi Min Soo will entertained the viewers through their actions in the court room.

Another tvN’ newest drama entitled ‘About Time: The Moment to Stop’ will also air for the first time this month and will tell a story a woman named Choi Michaela (Lee Sung Kyung) who has the ability to see other people’s lifespan. This drama is expected to bring the viewer to another world full of emotions. This drama will show the ability that someone has to see the lifespan of other people and it will air on 21st of May at 9.30 pm(GMT+9).

Last but not least, tvN’s long-awaited drama that soon will air, ‘Why Secretary Kim’ which tell a story of a perfect man with perfect skill, good looking and abundant amount of money but a narcissist named Lee young Joon (Park Seo Joon) who fell in love with his secretary named Kim Mi So (Park Min Young). All the drama fans have been waiting for the chemistry of the two in this drama. This drama is set to air on 6th of June at 9.30 pm (GMT+9).