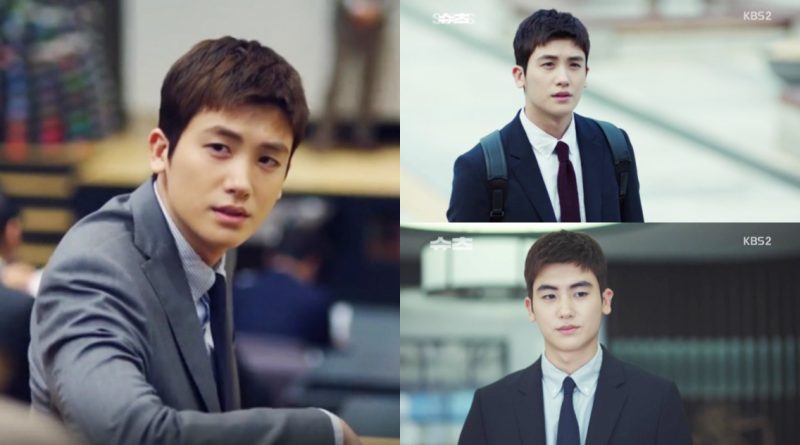 Actor Park Hyung Sik is probably one of the many reason why people should watch drama ‘Suits’.

KBS newest drama entitled ‘Suits’ is indeed a new experience for Park Hyung Sik. Now his character has developed and changed from the previous episodes. Park Hyung Sik did s table acting and a great job getting himself deeply involved in his character. Now he has turned himself into a perfect actor with a real actor charm.

Park Hyung Sik showed his amazing developments in the 6th episode of ‘Suits’ that aired on 10th of May yesterday. The main focus of this drama is on Park Hyung Sik and Jang Dong Gun chemistry to solve the case and the conflict of each character. Park Hyung Sik has slowly rising to top as he got himself deep into his character, Go Yeon Woo who is full of charm in drama ‘suits’.

Character Go Yeon Woo in ‘Suits’ is very complicated after all. He wanted to be a lawyer but he doesn’t have the qualification to be one. He gained the empathy from Choi Kang Suk (Jang Dong Gun) with his amazing ability to memorize everything. This probably one of the reason why his character is very interesting.

Park Hyung Sik also showed developments of himself through the character Go Yeon Woo in ‘Suits’. He debuted as a singer at first and started his debut through the drama ‘Nine Times Travel’ and the later he made appearances in hits drama such as ‘The Heirs’, ‘High Society’, ‘What Happened to My Family’, ‘Hwarang’ and ‘Strong Woman Doo Bong Soon’. Now park Hyung Sik showed his developments from the baby-face actor to the real actor with charms and charisma.

Park Hyung Sik also showed his true face through ‘Suits’. He is now known as the developing actor and also diligent one. He is able to create a charming character in the previous drama JTBC ‘Strong Woman Do Bong Soon’. This drama was supposed to focus on Park Bo Young but apparently Park Hyung Sik successfully received a recognition from the viewers.

Now this is the real face of actor Park Hyung Sik who has been producing great works including ‘Suits’. Park Hyung Sik now has grown to be a perfect actor with a dynamic acting. Not only he became the perfect character along with Jang Dong Gun and Go Sung Hee, he also able to get into his character perfectly. The scene where he helped Kim Ji Na and did the confrontation in the court room in the 6th inning of this drama has become the highlight of this episode. Park Hyung Sik showed his power and brains to entertain all his viewers.

Park Hyung Sik is no longer an ‘Acting-Idol’ but he is the real actor that will soon blooms like a flowers. And he has become one of the reason why all the viewers are waiting to see his developments in the drama.