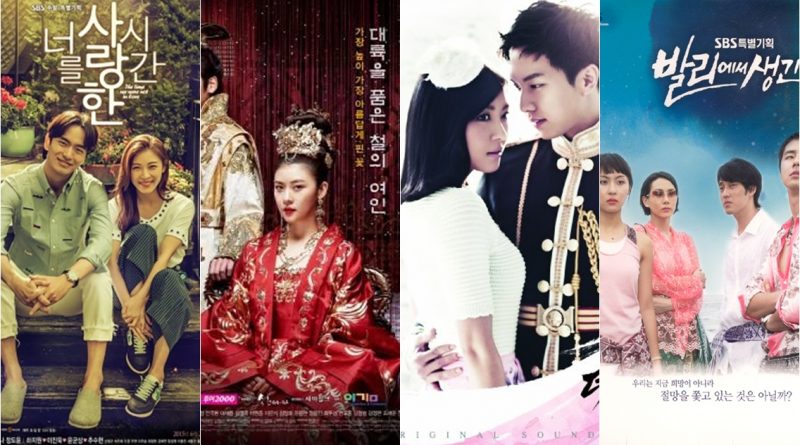 Ha Ji Won was born on June 28, 1979 and her real name is Jeon Hae Rim. Ha Ji Won’s career began when a talent agency offered her a contract. One of the requirements is a degree in the field of theater. Ha Ji Won’s career began in 1997 when she appeared in one of KBS’s dramas. But Ha Ji Won just got attention in 1999. In 2000 she acted in a movie called ‘Truth Game’ which earned her awards as the best new actress. 2 years later, she starred in ‘Sex is Zero’ which was sold really well. In 2004, Ha Ji Won played in the drama ‘What Happened in Bali’ and has become one of the most popular South Korean actresses.

‘The Time We Were Not In love’ inserts the message that sometimes the hardest thing to see is what’s right in front of our eye. The drama starred Ha Ji Won and Lee Jin Wook, a friendship that ends up being true love. Like the relationship between Oh Ha Na (Ha Ji Won) and Choi Won (Lee Jin Wook) who have been friends all their lives. For nearly two years Oh Ha Na and Choi Won are friends. They have realized their feelings toward each other. Despite already having their own partner, the two remain in close friendship.

‘Empress Ki’ is a tv series starring Ha Ji Won and Ji Chang Wook. The drama was aired on MBC in 2013, comprising 51 episodes. Empress Ki is a drama that lifts the story of history during the Yuan Dynasty. It tells the story of Ki Seung Nyang (Ha Ji Won), the Goryeo-born woman who was appointed to power, regardless of the limitations of the group system of the time. Then she married the Huizong emperor (Ji Chang Wook) and became queen of the Yuan Dynasty. She has a first love named Yoo Wang (Joo Jin Mo) who until now still loves her. This series depicts her love story and her political ambition split between the two countries.

MBC drama ‘The King 2 Hearts’ is played by Kim Hang Ah (Ha Ji Won), Lee Jae Ha (Lee Seung Gi). Lee Jae Ha is a handsome and materialistic crown prince who does not care about politics. His life changed after his brother forced him to join a team consisting of North and South Korea to join the WOC. Kim Hang Ah is a special North Korean agent who has no experience of love even dating. When Hang Ah joins the Korean team for the WOC, she meets the arrogant prince. But unexpected events occur when they learn that their family is planning their marriage.

Drama ‘Memories of Bali’ or ‘Something Happened in Bali’ aired in 2004 in South Korea. As the title suggests, this drama takes place in Bali. Memories of Bali is played by Ha Ji Won, Jo In Sung, So Ji Sub, and Park Ye Jin. Memories of Bali tells the story of an orphan girl named Lee Soo Jung (Ha Ji Won) who is looking for luck by moving to Bali. There, she became a tour guide. Meanwhile, Jung Jae Min (Jo In Sung) is a playboy conglomerate who is very childish. He is engaged to Choi Young Joo (Park Yee Jin). The engagement of Jung Jae Min and Choi Young Joo due to the intervention of their parents. In fact, Choi Young Joo still loves ex-boyfriend Kang In Wook (So Ji Sub) who works in Jakarta, Indonesia. Choi Young Joo followed Kang In Wook and took her to Bali. Apparently, Choi Young Joo’s trip has been known to his fiancée who also flew to Bali. There, they hired Lee Soo Jung who is a mercenary.