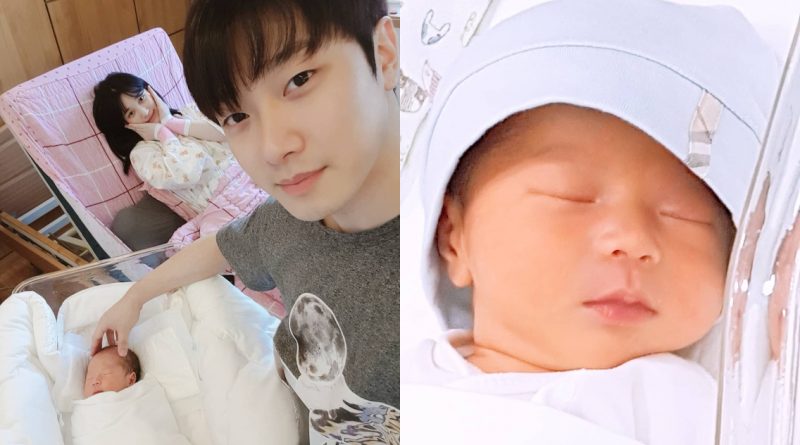 Choi Min Hwan (26), one of the member of FT. Island revealed a pictures of his wife and his first-born.

He wrote in his Instagram on 28th of May, “On 18th of may, our first child was born! I was crying a lot during the birth… I am really-really happy. I will live a good life. Thank you for those who has support and congratulate me.” he said.

Choi Min Hwan’s agency, FNC Entertainment said, “recently his wife gave birth to their first-child and both the mother and the child are healthy.

Choi Min Hwan on 10th of May announced through his agency, FNC Entertainment, “I Will held a wedding ceremony on 19th of October” along with the news of pregnancy of an ex Laboum member Yul Hee. He said that he planned to have a wedding after his wife’s health has fully recovered. The registration of their marriage are done and the two of them has officially married.