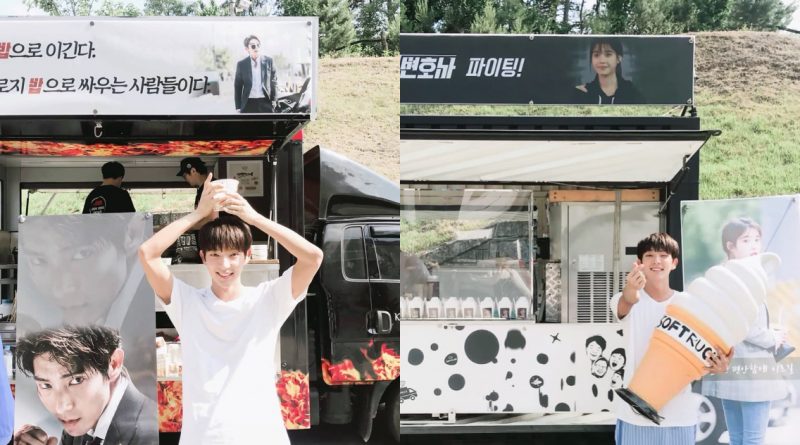 “Thank You, Ji Eun. The gift that encourage the staff. I am very touched. Cheer Up, Lawless Lawyer team!” Lee Joon Gi said through his Instagram on 28th of May.

In the picture that he posted, Lee Joon Gi took a lot of pictures with different pose right in front of the food truck that IU had sent him. He seemed so excited that bring laughter to his fans. His fans also adored Lee Joon Gi’s pose where he did the high jump in front of the ice cream truck.