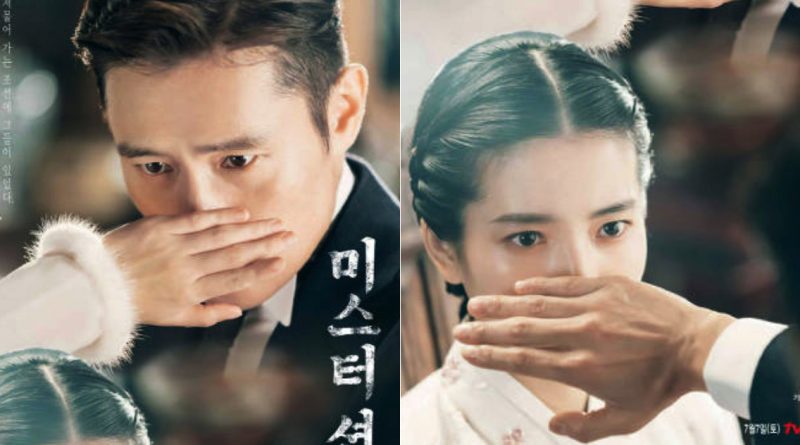 In July 2018, drama ‘Mr.Sunshine’ will shook the small screen with its spectacular story as the release of the main poster of this drama has given off a sign of the beginning of modern history.

The new drama entitled ‘Mr.Sunshine’ that is set to release in 7th of July at 9 pm in tvN told a story of a young Korean man who left to America through the warship in 1971. This drama will reveal the history of dynasty Joseon that has never been revealed before and promising the birth of legendary drama.

First, the god of acting Lee Byung Hun will return to the small screen after nine years of hiatus and he will play the role of Choi Yoo Jin, a captain of American marine team that moved to America as soon as he witnessed the death of his parents.

The look on both Lee Byung Hun and Kim Tae Ri’s face are completely intense with their hands on each other mouth. This made the viewers curious and couldn’t wait to see how to story between Choi Yoo Jin and Go Ae Sin will be unfold in the drama ‘Mr.Sunshine’.

Meanwhile ‘Mr.Sunshine’ will air for the first time in 7th of July at 9 pm (GMT+9) with the total 24 episodes.