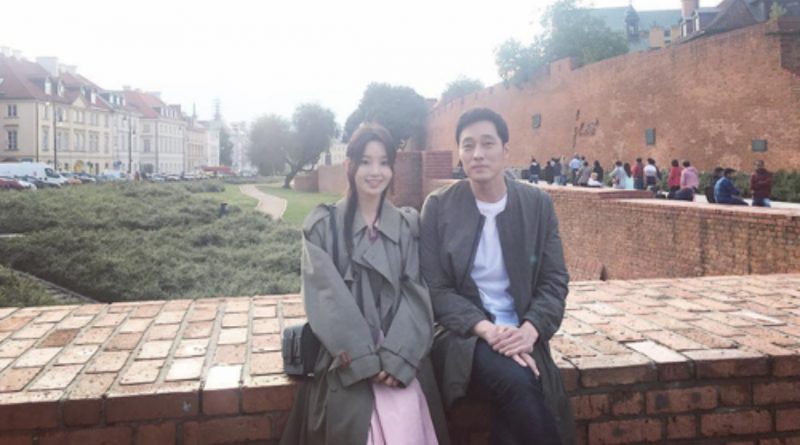 ‘Terius Behind Me’ a picture of So Ji Sub and Nam Gyu Ri has been revealed.

Nam Gyu Ri posted in her private Instagram in 27th of June with caption “Together in Warsaw. Terius Behind me”.

In the picture, Nam Gyu Ri was sitting next to So Ji Sub and they look totally friendly as they wore matched khaki top. The two of them posing and made them look like a couple who is having vacation in Europe.

In MBC new drama ‘Terius Behind Me’, So Ji Sub will play the role of legendary spy agent named Kim Bon who is a part of National Intelligent security. Nam Gyu Ri will play the special guest appearance named Choi Yeon Kyung, a nuclear specialize professor and the past lover of Kim Bon.

‘Terius Behind Me’ is a romantic comedy drama about secret agent Go Ae Rin and Kim Bon which will air by September this year.