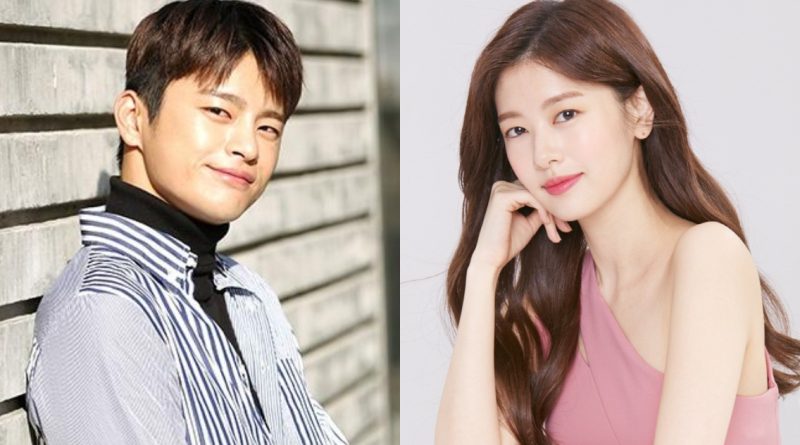 According to the production team of tvN’s drama ‘100 Million Stars Falling from the Sky’ “Drama ‘100 Million Stars Falling from the Stars’ is set to air for the first time this fall after ‘Wife that I Know’ end” and “we will do our best to finish this drama and tried to gives off a Korean taste in this drama without letting go of the originality of its work” they stated.

Drama ‘100 Million Stars Falling from the Sky’ is a remake drama from Japanese drama with the same title that aired in Fuji TV japan in 2002.

Kim Moo Young (Seo In Guk) is a man with the cold personality who thinks that love is only a game meanwhile Yoo Jin Gang (Jung So Min) is a bright and warm kind of character in this drama.

PD Yoo Jae Won that has showed his bright side through his drama tvN ‘High School King’ and ‘oh My God’ is also one of the reason why this drama is worth to wait. The viewers are very curious on how the ability of Yoo Jae Won will bring this drama to live and won the viewers heart.

The production team of drama ‘100 Million Stars Falling from the Sky’ said that “We will start shooting in early of July for this drama” and then the PD Yoo Je Won added that “We Will greet the viewers with a love story that will be imprinted in the viewers mind this fall”.

‘100 Million Stars Falling from the Sky’ is expected to be a new tvN drama that will follow up the success of its previous drama such as IU-Lee Sun Kyun ‘My Ahjussi’, Park Seo Joon –Park Min Young ‘Why Secretary kim’ and Jisung –Han Ji Min ‘Wife that I Know’.

March 21, 2018 Ria Comments Off on 4 Most Romantic Moments During Winter in Korean Drama
BEAUTY Rank&Talk