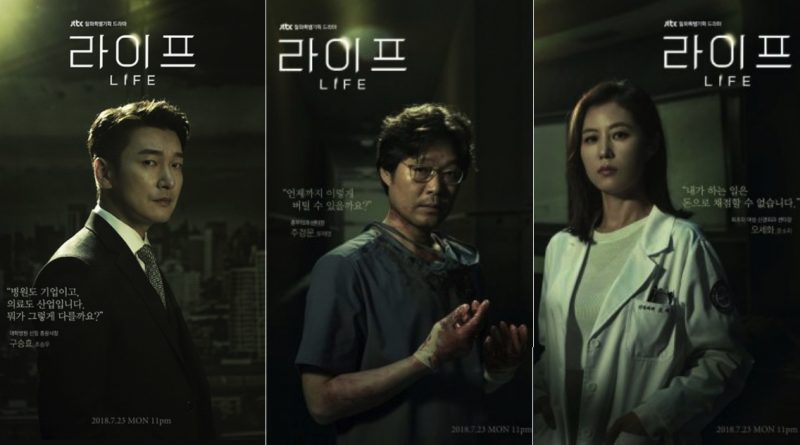 JTBC Mon-Tue drama that will air for the first time in 23rd of July entitle ’Life’ has released its character posters that made the viewers put a high expectation on this drama,

‘Life’ gained a lot of attention even before its first broadcast because the writer of the drama ‘Lee Soo Yeon’ will reunite with its main lead, Jo Seung Woo. ‘Secret Forest’ is the work of art that has won the biggest award in the tv category in Baeksang Arts Awards 2018.

In drama ‘Life’, Lee Soo Yeon, a writer of novel ‘Secret Forest’ is going to satisfy the viewers as she will reveal the hidden face and the amount of humanity left in the people who works in hospital.

Actor Lee Dong Wook will also participate In this drama and it is expected that this drama will be a descent medical drama that worth to watch.

May 30, 2018 Ria Comments Off on 3 Famous Korean Actors Who Are Still Willing to Be Cameo in Drama