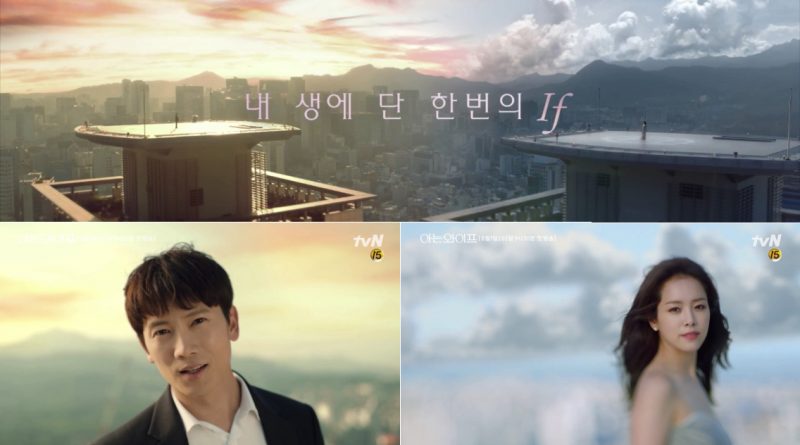 tvN newest drama ‘Wife that I Know’ that is set to air for the first time in 1st August has released its first video teaser in 5th of July that made the viewer curios on how the story of this drama will unfold.

‘Wife that I Know’ told a love story of a couple’s life that changed completely by a one choise that they made. This works is full of imagination and it is expected to serve the viewers some lovestory that is indeed different from the usual love story.

PD Lee Sang Yeop who has been known for his ability to directing drama ‘Shopping King Louis’ will be the director of this drama and he will work together with the author of ‘King of High School’, ‘Oh My Ghost’ and also ‘Weightlifting Fairy Kim Book Joo’.

The teaser vide that has been released showed Han Ji Min where she was drawn in a mood that feels lie a dream that left the viewers in awe. As the phone ring, Ji Sung was seen in reality, chasing something and running to somewhere. When Ji Sung reached the rooftop, he saw no one but Han Ji Min in the opposite of him.

That time, Han JI Min who were standing the opposite of Jisung looks at him. They’re staring into each other’s eyes full with emotions under the same sky but turned out to be a different buildings. The give the sense of excitement and also vague curiosity to the viewers. Especially when Ha Ji Min and Ji Sung exchanged a subtle and mysterious smile that made the viewers curious on how their story will be unfold in the drama ‘Wife that I Know’.