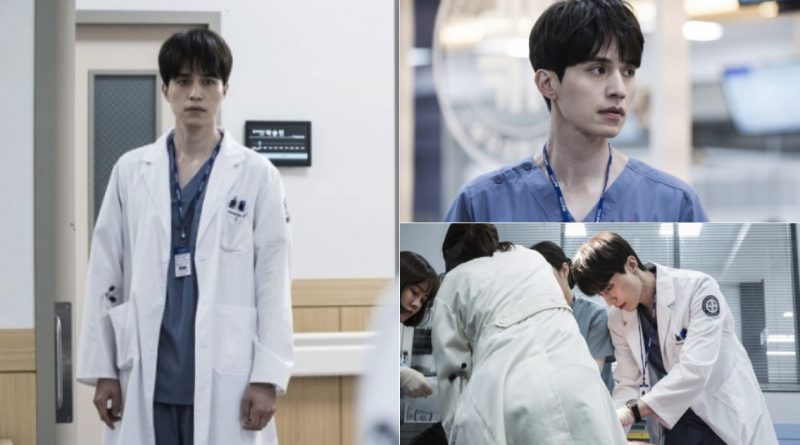 the new JTBC drama entitled ‘Life’ that is set to air for the first time in 23rd of July has rising the viewers expectation by releasing the stillcuts of Lee Dong Wook who transformed into a medical specialist in emergency center for the first time.

‘Life’ will tell a story of Ye Jin Woo (Lee Dong Wook) who will be facing conflict as he tried to hold onto his belief as doctor while going against Gong Seung Hyo (Jo Seung Woo) which is the head director of the hospital.

Ye Jin Woo which is played by Lee Dong Wook is a medical specialist in the Sangguk University Hospital who keeps hold onto his principal as a doctor and his belief. Eventhough he might seem dazed and doesn’t reveal his true intentions, his mind knows what he is supposed to do. Ye Jin Woo who struggled to keep his humanity as a worker in hospital to save life, he will be facing Goo Seung Hyo, the director of the hospital that believe there are things that are more important than human’s life.

The production team of this drama said that “Lee Dong Wook expressed a great and detailed emotions with his unique and sharp features. We’re very sure that the character that actor Lee Dong Wook played in this drama Is worth to wait” they said.

‘Life’ is set to air in JTBC in 23rd of July after ‘Miss Hammurabi’.