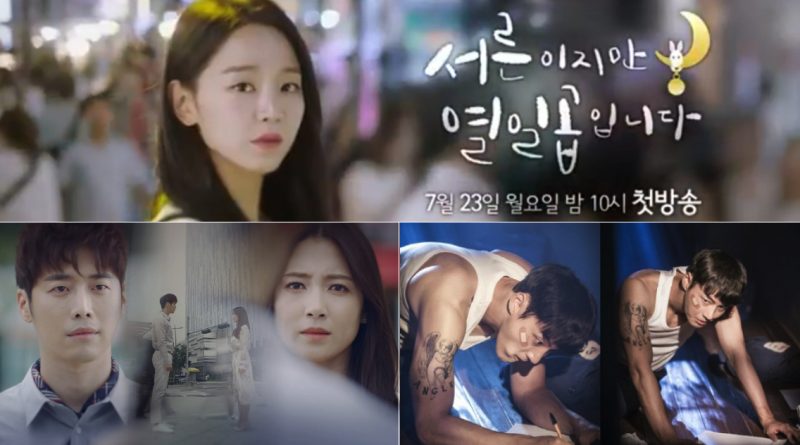 In July, the small screen will also be heated up along with the summer. This is caused by the broadcasting companies that are going to compete against each other through their new dramas.

SBS who has a total big changes. A few of its newest dramas are ready to replace the old ones.

SBS will start to prepare the first broadcast of ‘Let Me Introduce Her’ which will its first drama in July replacing ‘Secret Mother’ in 14th of July. This drama will tell a story of a woman who lost her memories because of the after effect of the plastic surgery and she struggles to retrieve her memories.

Nam Sang Mi has returned to the small screen after her appearance in ‘Chief Kim’ after one year and a half with the main female lead role. Nam Sang Mi will play the role of a victim of the failure of plastic surgery aftermath named Eun Han who lost her memories after her changes.

Later then the other actor from other genres such as Lee Mi Suk and Han Eun Jung and Lee Dae Yeon and Kim Roe Ha will be involved in this drama.

Next is the new drama entitled ‘Thirty but Seventeen’ and also the new drama ‘Dear Judge’ that will be released in 23rd and 25th of July. ‘Thirty but seventeen’ is a new drama that tell a comical-themed story of a woman in her 30s who woke up from coma with the body of 17 years old woman. The meeting of Yang Se Jong who is known through his drama ‘The Temperature of Love’ and Shin Hye Sun who become the popular actress through drama ‘Life in Gold’ has made the viewers anticipating this drama.

‘Dear Judge’ is directed by Cheon Sung Il and tell a story of a bad judge named Han Kang Ho who will judge the trial based on his practice law. The young actors such as Yoon Shi Yoo and Lee Yoo Young will appear in this drama.

April 4, 2017 Tri Comments Off on The Stars Who Will Go to the Military This Year
MOVIE VIDEO

April 4, 2017 Tri Comments Off on The Stars Show Their Support to ‘One Step’ Movie
DRAMA VIDEO