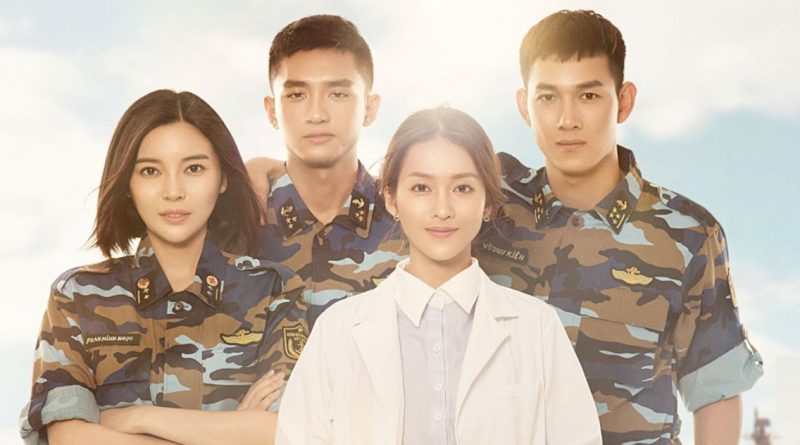 All the Chinese fans is now actively talking about the posters of Vietnam remake of South Korean’s drama ‘Descedants of the Sun’.

The Chinese media outlet, Sina, posted the posters of the Vietnam remake version of ‘Descendants of the Sun’ where the posters showed all the main leads that are so eye catchy through their good looking visuals.

‘Descendants of the Sun’ is a drama that was played by Song Joong Ki and Song Hye Kyo and has the highest rating and popularity throughout the Asia.

Especially ‘Descendants of the Sun’ has gained a lot of love and support from the viewers in China and has created a syndrome through this drama. It is recorded that the broadcasting station in China earned about 24 million Yuan (3.4 Billion won) and the paid subscribed of Aichi, a video website in China has gained 5 million viewers in two months.

‘Descendants of the Sun’ is a blockbuster-scale drama that told a story of a life of a soldier and a doctor who fell in love with each other and successfully overcome the danger in the extreme environment in foreign places. Song Joong Ki and Song Hye Kyo who became the main lead of this drama married each other in October last year.

October 24, 2017 Ria Comments Off on [RANK AND TALK] 3 Idol Groups With The Most Fancafe Members
Rank&Talk STAR