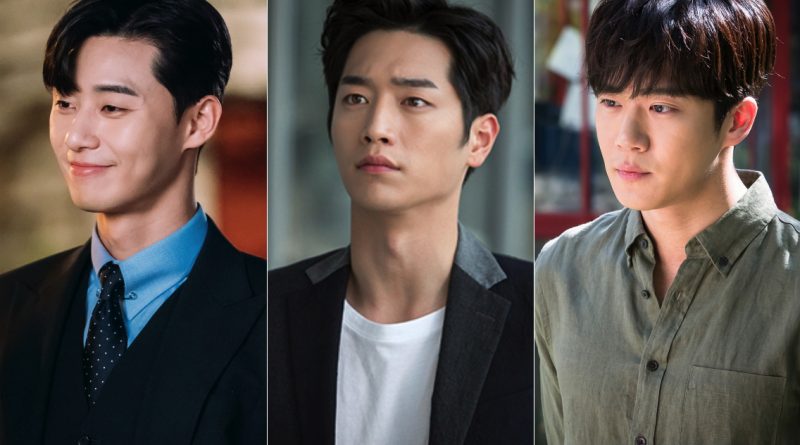 Park Seo Joon in drama ‘Why Secretary Kim’, Seo Kang Joon in drama ‘Are You Human too’ and Ha Suk Jin in drama ‘Your House Helper’ each of them has their own characteristics and charms.

First, Park Seo Joon has met the life character named Lee Young Joon in ‘Why Secretary Kim’. His character is described as a handsome, rich and a guy with an excellent brain but it turned out that he has one weakness, Young Joon is a narcissist who feels like he is the most perfect person so he only ends up loving himself.

Young Joon always says “I am too precious to be given to someone” but when his secretary Kim Mi So (Park Min Young) decided to resign, he finally realized that he has feelings towards Kim Mi So who has been working for him for 9 years and now he’s struggling and trying so hard to change himself for the sake of getting Mi So’s heart. The main fantasy point of this is he is a man who loves himself way too hard and he is also a man who loves his woman way too hard.

The changes of Seo Kang Joon as an Al robot is uniquely refreshing. In the drama Kbs ‘Are You Human Too’ tells a story of an artificial intelligent robot named Nam Shin III which is played by Seo Kang Joon with a perfect character, visually and physically, and also the high intelligent with a friendly attitude.

Nam Shin III at first is just a plain robot that was ordered to substitute the human Nam Shin. But it turned out that this robot is very sweet, lovely and reliable character. The humanoid robot with warm and perfect characteristics gives off a total fantasy-like romance to all the viewers.

Ha Suk Jin changed into a very realistic characters. Kim Ji Woon (Ha Suk Jin) is the main character in the newest KBS drama ‘Your House Helper’ and he really works hard as a housekeeper of those who needs help with cleaning their house.

‘Your House Helper’ Kim Ji Woon is a popular man known as the ‘Good Looking man’ in the neighborhood but when he speaks, he will surprise his partner as he always speaks harsh words and straightforward. But when he finished his works and cleaned the whole house, he will always leave a note with warm words that left an impression to the house owner and this showed the warm side of his personality.