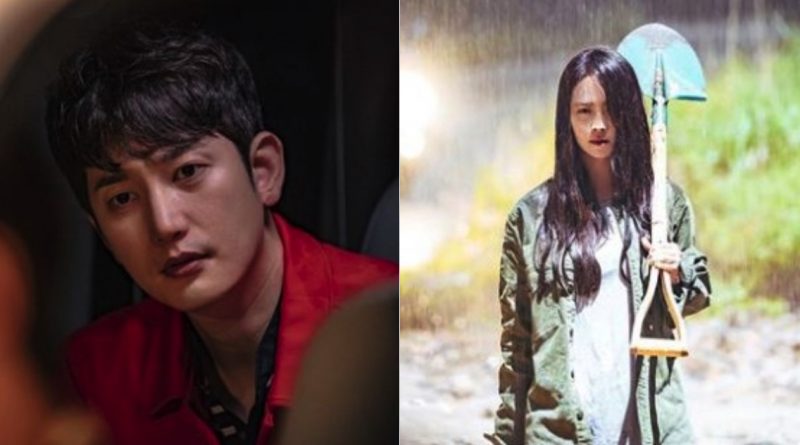 KBS newest drama ‘Lovely Horribly’ is set to air for the first time in 13th of August which will replace ‘Are You Human Too’ in 17th of July and it has unveiled the still-cuts of Park Shi Hoo and Song Ji Hyo.

‘Lovely Horribly’ is a horror yet romantic comedy themed drama that tells a story of a man and a woman who share their fate and met as a top star and a drama writer. Philip (Park Shi Hoon) and Eul Soon (Song Ji Hyo) were born in the same time and day but they have the opposite fate. The tug of war between a woman and a man who was trapped in their fate mixed with a horror yet melo themed love story hinting a different kind of romance that has never been seen before. Especially the strange and mysterious things that happened to the two of them makes the viewers feels the intensity.

The picture of Park Shi Hoo and Song Ji hyo that has been released made the viewers heart throbbing by giving the sense of the birth of different romantic comedy story.

In the drama, Park Shi Hoo will transformed into Yoo Philip. Eventhough the universe seemed to always blessing him with luck, he suddenly trapped in the unfortunate situation as soon as he reached his golden age of 34 years old.

Song Ji Hyo is expected to make a drastic change in her acting by playing the role of Eul Soon which is an icon of the unfortunate. Even though she is always unlucky, she is always full of energy and warm. Eul Soon is always having a positive energy despite her unfortunate fate and somehow this created a strange attraction to the viewers.