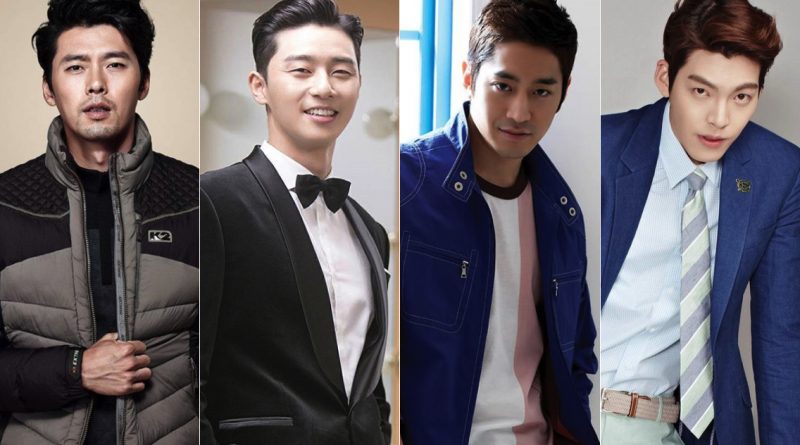 Song Joong Ki is a main lead of drama which popular with his warm heart and good guy image but somehow the main lead that look like a ‘Bad Guy’ with a cold heart and tough looking appereance has captured the female viewers heart too. The charm of the tsundere who always complains and acting cold but pouring their heart and affection to the woman they loved has impressed the viewers. Here are four main lead character that has take over the small screen through their characters.

Hyun Bin, a man who fell in love with former president

Male actor who represented the character of tsundere is of course none other than Hyun Bin. Hyun bin played a character in MBC ‘My Lovely Sam Soon’ and SBS ‘Secret garden’ where he is cold and careless but he showed all of his affection to the woman he loved the most. Because of this, the syndrome Hyun Bin had spread all over the viewers and drama fans.

“You Sleep in a place like this? I want to protect you” Kim Woo Bin

Kim Woo Bin is the male lead that has captured the female viewers heart. His wild and masculine looking charms and his chich characteristic plus his tall height completed his dazzling visual. Kim Woo Bin’s characters are indeed cold and seemed heartless but he sucesfully captured the viewers heart through his drama SBS ‘The Heirs’ and KBS ‘Uncontrollably fond’.

“Eric is Something” Eric

Eric is in fact a very warm and loving person and he showed it all through the variety show ‘Three Meals a Day’ but he is completely different and cold in the drama. His character is the cold tsundere in the drama KBS ‘Discovery of Love’ has successfully melted the heart of Han Yeo Reum (Jung Yoo Mi) and also his character in ‘Another Miss Oh’ has successfully captured the viewers’s heart.

Now the main screen has set its eyes on the charm of the tsundere male lead once again. Park Seo Joon previously captured the viewers attention through his cold character in MBC ‘She Was Prety’ and now he play the tsundere character in drama ‘Why Secretary Kim’. In fact Park Seo Joon is a warm-hearted and lovely person and it can be seen through the ‘Youn’s kitchen 2’.

August 24, 2017 Tri Comments Off on [RANK AND TALK] 3 Places in Indonesia That Are Used As the Filming Location for Korean Programs
Rank&Talk STAR