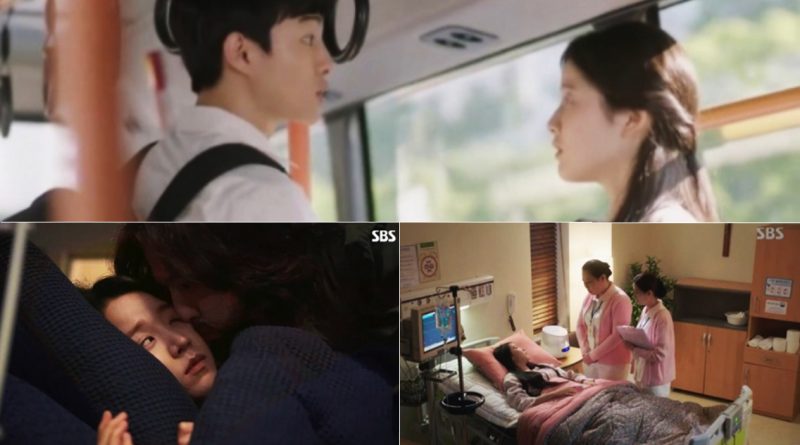 ‘Thirty but Seventeen’ has captured a lot of attention since it’s first broadcast.

According to Nielson Korea, SBS Mon-Tue drama ‘Thirty but Seventeen’ that aired for the first time in 23rd of July has successfully secured the first position among the other dramas that aired in the same day.

Started from the tragic past story of Woo Seo Ri (Shin Hye Sun) and Gong Woo Jin (Yang Se Jong) which happened in 13 years ago.

First, the story of Woo Seo RI and Gong Woo Jin as innocent high school students were drawn in the drama.

Gong Woo Jin is a student who loves to draw and he happened to fell in love with Woo Seo Ri as they two of them never actually talked but finally meet in the bus.

Gong Woo Jin then decided to be brave and greeted Woo Seo Ri and told her, “I know You, I know it might sound strange but there’s something I want to give you” he said, wanting to give her the drawing of her that he made. But unfortunately, suddenly Woo Seo Ri’s friend showed up and pulled her to get off the bus.

Gong Woo Jin saw that Woo Seo Ri had forgot and left her bag so he grabbed it and tried to ran after her but he witnessed her getting into an accident as he failed to returned her bag.

Meanwhile the viewers reactions on the first episodes are vary starting from the ‘I really enjoy the episode yesterday!”, “It was pretty fun, I had fun”, “So lovely”, “it’s so heart throbbing” and “It’s a little bit childish”.