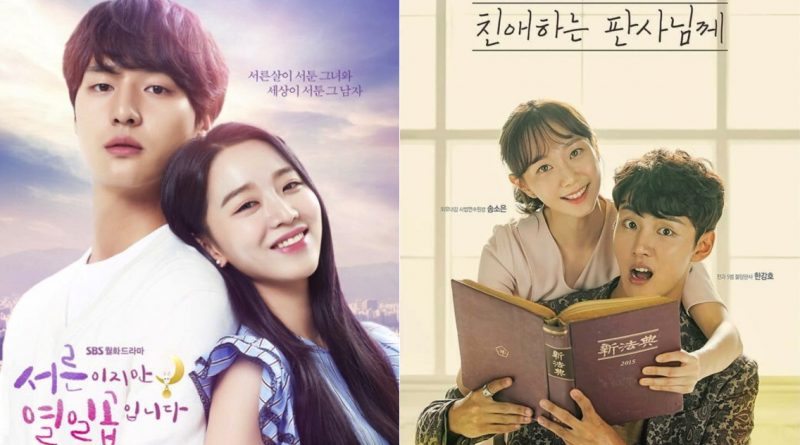 With its new dramas, SBS successfully take the lead in the small screen. It is expected that the two SBS newest dramas will continue its success as it has gained a pretty much high ratings and become the talk of the town between the viewers.

SBS newest drama that recently just aired, ‘Thirty but Seventeen’ tells a story of a woman who went coma in her 17s and when she woke up thirteen years later she is already 30 years old.

This romantic comedy themed drama has made the viewers curios and has successfully topped the viewers rating among the other dramas that air in the same day that made this drama become the hot topic in its first week of broadcast.

‘Dear Judge’ that just aired for the first time last week replacing ‘Hoon Nam Jung Eum’ also topped the viewers rating without a glitch through its first two episodes. ‘Dear Judge’ tells a story or a man named Han Jang Ho who had to pretend to be his brother, Han Su Ho, the judge who suddenly disappeared as he grew up to become a judge that make judgements based on the real-life law instead of the practical law.

Eventhough each of its content aren’t that heavy, these two dramas successfully captured the viewers attention.

SBS drama started to rise with the good started. Previously SBS was in flunk since it had low ratings on drama but now it has taking it upturns and received high ratings on its drama that makes the viewers expectation high on its next drama.